Tiger Woods: What was in the bag during his PGA Tour practice session?

Tiger Woods was seen loosening up in the Bahamas last week, but what clubs was he using at the Hero World Challenge. 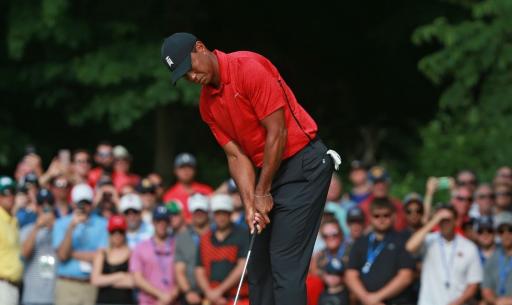 On Sunday, we saw something in the Bahamas that we haven't seen in what feels like an eternity. Tiger Woods was playing golf in his iconic red shirt.

The 15-time major champion was hitting his driver on the range at Albany Golf Course as he settles back into his golf swing and the feel for his game.

Woods confirmed in his press conference at the event last week that he will not play on the PGA Tour in a full-time capacity ever again, which was a grim reality for both him and many golf fans.

However, he admitted the amputation of his right leg was once an option while he lay in the hospital and it was an achievement to just go outside for the day.

It is extremely encouraging to see the 45-year-old hitting balls on the practise ground and it has increased speculation as to whether he could play with his son Charlie in the PNC Championship, a special family event on the PGA Tour.

Woods said to the media that he is currently only able to play 'hit and giggle' rounds, admitting that his balls don't fly as far as they once used to.

As Woods swiped away at the weekend, he used a full bag of TaylorMade clubs. Of course, his trusty Scotty Cameron GSS Newport 2 putter had pride of place in his bag too.

RELATED: 5 REASONS WHY TIGER WOODS MUST PLAY IN THE PNC CHAMPIONSHIP WITH CHARLIE WOODS

Tiger Woods - What's in the bag?

PGA tour
Tiger Woods
charlie woods
what's in the bag
TaylorMade
Previous
Thorbjørn Olesen denies being in a party mood on London flight, court hears
Next
Rory McIlroy makes EQUIPMENT CHANGE as he looks ahead to 2022 on the PGA Tour