Tom Brady? Tony Romo? Who is the BEST GOLFER from the NFL?

It is no secret that many American footballers love to tee it up at the weekends and some of them have reached a fantastic standard of golf. 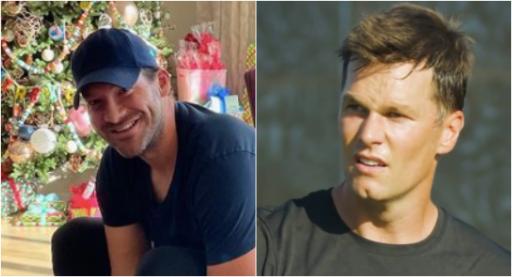 At Pro-Am's in America and Europe, it is always great to see the crop of sportsmen and women from other disciplines walk the fairways and show us their skills.

You can find many of them from the world of NFL, or American football. Figures such as Tom Brady, Tony Romo and Drew Brees are all self-confessed golf nuts and they have competed in various tournaments and exhibition fixtures in the past.

As American footballers, they already have the physique and the athleticism to hit the ball a long way, but they also have the flexibility and understanding of the game to get to a good level.

RELATED: TOM BRADY ASKS FOR HISTORIC BALL BACK... FAN WANTS ROUND OF GOLF IN RETURN!

This makes them the envy of many of us who can just about manage to master one sport, let alone perfect a series of them.

Take a look below at our list of the top five golfers who have emerged from the NFL:

We have to start with Tony Romo. The former quarterback from the Dallas Cowboys has reportedly reached a handicap of plus 1 and he has appeared in a number of PGA Tour events.

He shot 2-under-par in the opening round of the Safeway Open in 2020, but he unfortunately missed the cut with a 78 in round two.

The Super Bowl-winning quarterback has previously played in a Pro-Am with Jack Nicklaus on the PGA Tour. No doubt this experience helped him achieve his current handicap of 3.

It was reported that in February, Tiger Woods was on his way to play golf and have a photoshoot with Brees when he had his horrific car accident that he required surgery for.

Regarded by many as the greatest NFL quarterback of all time, Tom Brady is currently at the Tampa Bay Buccaneers but he spent 19 years at the New England Patriots.

Brady has a handicap of 8 and he has competed in two editions of the celebrity golf fixture 'The Match', but he has been beaten twice when teamed up with Phil Mickelson against Tiger Woods and Peyton Manning, and Bryson DeChambeau and Aaron Rodgers.

Ben Roethlisberger reportedly plays to a handicap of two, which is a very good standard for the Pittsburgh Steelers quarterback.

Roethlisberger grew up playing golf in his childhood home, so it has always been one of his passions around his 17-year NFL career.

Matthew Stafford fell in love with golf as a young boy when his father used to take him to practise. Now with the LA Rams, the 33-year-old plays off a 7 handicap.

Stafford has previously said that he has to put his clubs away during the football season, but he still manages to get to the course between 25 and 40 times a year.