Tommy Fleetwood got off to a fantastic start in a rain-delayed first round at The Players Championship, carding a 6-under-par 66. 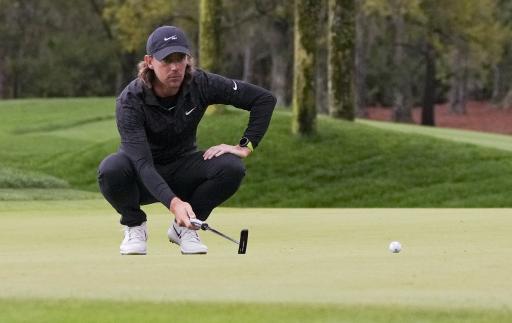 Tommy Fleetwood overcame a weather delay of over four hours to fire a round of 6-under-par to take the early lead at The Players Championship.

The Englishman finished 7th at TPC Sawgrass in 2018 and fifth in 2019 and he is on his way to another good finish at the PGA Tour's flagship event.

On Thursday, Fleetwood began his first round on the back nine and played his first nine holes bogey-free with birdies on the 11th, 16th and 18th.

Play was suspended at 11.15 am local time in Florida but when the players returned to the course at 3.15 pm, Fleetwood rolled in his third consecutive birdie on the 2nd hole for the outright lead.

In his last five holes, Fleetwood added two more birdies with his only blemish coming on the par-4 6th hole. He signed for a 66.

4 hours and 15 minutes later ...@TommyFleetwood1 drains the birdie for the outright lead. pic.twitter.com/jxfaLNeJDl

There has only been one occasion when the 31-year-old has shot a better opening round than 66 in his PGA Tour career. This came at the 2019 Players Championship.

The man from Southport missed out on the FedEx Cup Playoffs last season, but he has started well in the 2022 season with top-20 finishes at the ZOZO Championship and the Arnold Palmer Invitational.

When Fleetwood signed his card on day one, Will Zalatoris and Saudi International champion Harold Varner III shot rounds of 3-under-par to sit three shots behind.

A large chunk of the field hadn't teed off by the time Fleetwood returned to the clubhouse due to the rain delay. The tee times at TPC Sawgrass had already been delayed by an hour due to storms on Wednesday night.

Preferred lies were put in play on Thursday as a result of the inclement weather and it is the first time there has been a weather delay at The Players Championship since 2016.

Next Page: Players 2022: The shocking PGA Tour averages at 17 including Tiger Woods