Tommy Fleetwood has decided to withdraw from the first FedEx Cup Playoff at TPC Southwind on the PGA Tour due to personal reasons. 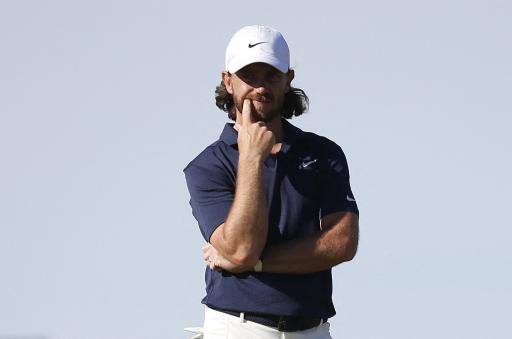 England's Tommy Fleetwood has withdrawn from the PGA Tour's first FedEx Cup Playoffs event following the death of his mother.

Fleetwood, 31, took to social media on July 21 to confirm the sad news.

This is the full message Fleetwood posted:

Now Fleetwood understandably has decided that he will not play the FedEx St. Jude Championship at TPC Southwind.

Rumour: Is Cameron Young about to follow Cameron Smith over to LIV Golf?!

The official PGA Tour communications team confirmed the news. Daniel Berger, who has qualified, is out of the tournament too with a back injury.

Lanto Griffin is also out with a long-term injury problem, whilst Nate Lashley withdrew on Monday morning.

Fleetwood has not confirmed when he will be back on the fairways.

There is further uncertainty about the field, because of the ongoing legal issues over the participation of three LIV Golf players.

Fleetwood wrote on Twitter: "Well done and good luck to everyone that made the Fedex Playoffs. I'm taking time out to be at home with my family but look forward to returning to @PGATOUR @DPWorldTour soon."

Fleetwood, currently ranked 27 in the world, has had another mixed season.

He performed well in the majors, though he is yet to find that first big victory.

The Englishman, who has been linked with the LIV Golf Invitational Series, finished T-14 at the Masters, T-5 at the PGA Championship, missed the cut at the U.S. Open and finished T-4 at the 150th Open Championship.

He finished 49th in the FedEx Cup points race.