RUMOUR: Is Cameron Young set to follow Cameron Smith over to LIV Golf?!

All the talk might be on Cameron Smith heading to LIV Golf, but now Cameron Young is rumoured to be heading there, too. 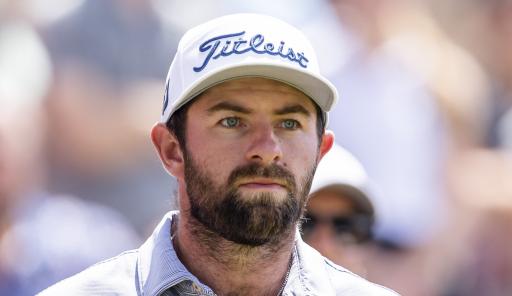 It's been a whirlwind 48 hours if your name is Cameron on the PGA Tour.

This was then further confirmed by Telegraph Sport who explained how the World No.2 has been snapped up by the Saudi-backed golf circuit for more than $100 million and that he will be competing in the next LIV Golf Boston tournament in early September.

Smith has since said "no comment" when pressed on the reports ahead of this week's first FedEx Cup Playoffs event.

He also said: "My goal here is to win the FedExCup Playoffs. That's all I'm here for. If there's something I need to say regarding the PGA Tour or LIV, it will come from Cameron Smith, not Cameron Percy. I'm a man of my word and whenever you guys need to know anything, it'll be said by me."

And now from out of nowhere this afternoon, it has emerged in The Times that PGA Tour rookie superstar Cameron Young, who finished runner-up to Smith at The Open last month, could be following him over to the LIV Golf Tour after the Playoffs.

"The Times has learnt that Young, the World No.17 and one of the PGA Tour's breakout stars this season, could well follow Smith to LIV Golf after the conclusion of the FedEx Cup Playoffs next month," reads a line in The Times report.

Young might still be going in search of his maiden PGA Tour title in his rookie season but he has notched five runner-up finishes, which ties him alongside Mark O'Meara (1984), Mark Calcavecchia (1990), Fuzzy Zoeller (1994), Jesper Parnevik (1997), Ernie Els (2000) and Vijay Singh (2003) in achieving that feat in one season on the circuit.

He started the season outside the top 100 in the Official World Golf Rankings and now finds himself in the top 20.

We also noted on social media this afternoon that Paige Spiranac's podcast co-host Amanda Rose received a text from a Tour coach about Young's links with LIV Golf.

Read the text message below:

"Just got this text from a TOUR coach. F THE WORLD MAN [angry face]," tweeted Rose.

We will add that this particular tweet has since been deleted.

No Laying Up have since tweeted that The Times article is "poorly sourced and and not accurate."

Formal apology for sharing this article earlier. Article was behind a paywall and apparently it's poorly sourced and not accurate. https://t.co/jTP19GrzIm

So who knows whether such a rumour is true but we are fairly certain Young will be pressed on such talk during this week's FedEx St Jude Championship where he goes in search of his maiden PGA Tour title.

Perhaps Cameron Tringale, Cameron Davis and Cameron Champ will be the next three names linked with a move to LIV Golf?!

Next Page: GolfMagic predicts the 48 players that could line up for the LIV Golf League next season - do you agree?