The PGA Tour is full of players who can hit the ball consistently over 300 yards, but which player has hit the longest drive of the season so far? 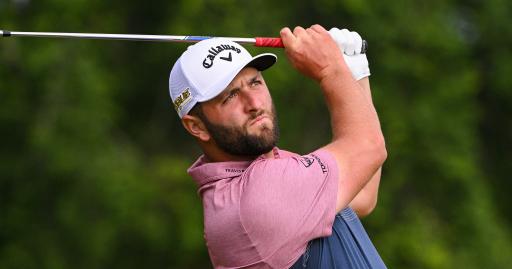 At the beginning of each calendar year, all of the top brands in golf release their new drivers and they are used by all of the top players on the PGA Tour.

Bryson DeChambeau and Rory McIlroy were ranked number one and two respectively in driving average on the tour last season. Both of these players focus on power and strength off the tee.

However, it was Lee Westwood who hit the longest drive of the season in 2021. On the 8th hole in the third round of the AT&T Byron Nelson, the Englishman hit one 425 yards.

DeChambeau's longest drive of 2021 was only 414 yards which came on the 12th hole in the second round of the Sentry Tournament of Champions.

I say 'only 414 yards', this was a monstrous drive and these sorts of shots have become the standard on the tour and this has remained the same in 2022.

Related: Tiger? Phil? Here is everyone who has qualified for the 2022 US Open

Let's start at #10 and work our way down to the #1 longest drive on tour this season so far: