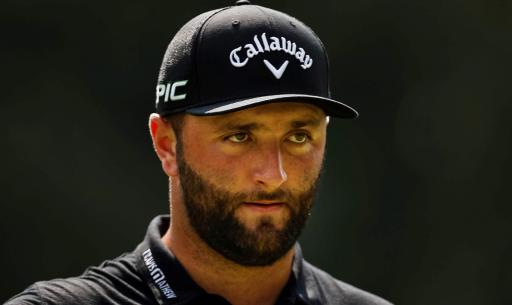 It all comes down to this. One tournament to decide the winner of the FedEx Cup and who takes home the $15million first prize.

At East Lake Golf Club in Atlanta, Georgia, 30 players will play from Thursday in a staggered format.

Patrick Cantlay sits atop of the leaderboard at 10-under par giving him a two-stroke lead over fellow American Tony Finau.

But is it a sure thing that Cantlay, nerveless and faultess inside five-feet last week, takes home the trophy and the bonus prize?

Rory McIlroy famously ran away with the title in 2019 when he raced past Brooks Koepka and shot a 66 when trailing.

There are a few notable picks to look out for. The bookies' favourites are understably Bryson DeChambeau, Jon Rahm and Patrick Cantlay, but slightly further down the field there are a few who have the game to get it done.

RELATED: HOW THE 30 PLAYERS STAND HEADING INTO R1 OF THE TOUR CHAMPIONSHIP

Smith, who joked he would buy some new fishing gear if he won the title, has performed well this PGA Tour season and also at the Olympics.

He is currently five shots behind on 5-under par before the gun goes on Thursday, but he has the putting game to drain lots of birdies and pile on some pressure.

Smith pegs it up alongside Justin Thomas in the third from last pairing on day one.

WATCH: DECHAMBEAU CALLS OUT CANTLAY FOR WALKING ON HIS SHOT AT THE BMW CHAMPIONSHIP

Finau finally broke what must have seemed to him a never-ending drought, holding his nerve well to beat Cam Smith at the Northern Trust two weeks ago to claim his first victory since 2016.

East Lake is famously a course that rewards accuracy off the tee and good ball striking, and Finau has both of those in abundance - however, he is often let down by his putting.

Having excelled in New York with a few remarkable sand saves, will the floodgates finally open? Let's hope.

Finau tees it up alongside FedEx Cup leader Cantlay in the final pairing.

It's difficult to look at the leaderboard and think anyone at 3-under par or worse has a realistic chance of winning, but two-time major champion Morikawa knows how to go low.

The American shot a stunning 64 to win the 2020 US PGA Championship and he is widely regarded as the best ball striker on the PGA Tour.

Morikawa knows how to get it done in high-pressure situations, and will look to put his foot on the gas from the word go on Thursday when he tees it up alongside Sungjae Im in the sixth last group.

CHECK OUT THE FULL LIST OF R1 TEE TIMES (US TIMES)

NEXT PAGE: OUR BEST BETS FOR THE TOUR CHAMPIONSHIP