Liberty National hosted the Northern Trust in the FedEx Cup Playoffs and now it is the home of Brooks Koepka vs Dave Portnoy. 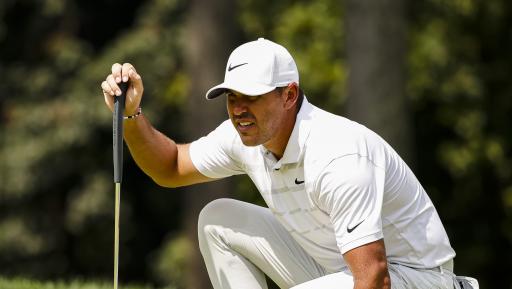 Liberty National has been confirmed as the host venue of the charity match between four-time major champion Brooks Koepka and Barstool Sports founder Dave Portnoy.

Koepka is set to play the match left-handed against Portnoy, who has a handicap of 18, at the venue that saw Tony Finau win his second PGA Tour title.

The match is booked for September 7 and there is $250,000 on the line. Koepka is representing his own charity foundation, while Portnoy will be playing for the Barstool Fund.

The two competitors have recently been exchanging trash talk on social media, as Koepka comically named the showdown 'Champ vs Chump.'

Barstool Sports is a digital media company that produces content focused on sports and pop-culture, and it was founded by Portnoy in 2003. It has dramatically grown in popularity and now Portnoy has the chance to take on one of the world's best golfers.

There was talk of the sports personality having Bryson DeChambeau as his caddie, in order to wind up Koepka, but I would be very surprised if this turned out to be true.

Portnoy has decided to bring in Frankie Borelli (member of the Fore Play podcast) as his caddie, while Koepka is expected to have Pardon My Take hosts Big Cat and PFT Commenter on his bag for the match.

The former World No. 1 fired shots at Portnoy on his Instagram page recently, saying that "He will never be him" and he used photoshop to crop his opponent on to a car with a number plate that reads "I love BK."

It is great to see the banter going back and forth between the pair and it is even better to see that a large amount of money will be donated to a great charity.