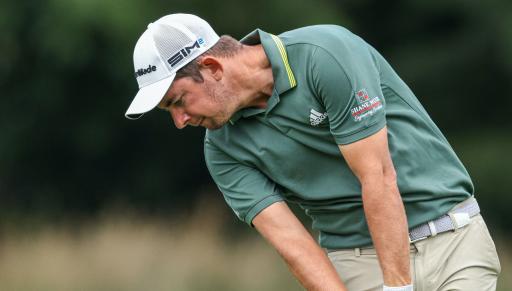 So far, nine players have confirmed their tour cards through The Finals 25 as they have passed the 210-point threshold that was required from the start of the season.

This means that there are 16 more spots up for grabs in The Finals 25 and they will be determined at Victoria National Golf Club in Evansville, Indiana.

Speechless, in the best of ways.

The player who earns the most points throughout the three-event Finals will earn his status on the 2021/2022 PGA Tour season and a spot in next year's Players Championship.

There will be many key players to look out for this week, such as England's Tom Lewis who won his first Korn Ferry Tour event at the 2019 Korn Ferry Tour Championship at Victoria National.

Adam Svensson won his third Korn Ferry Tour event at the Nationwide Children's Hospital Championship last week, so he will be aiming for the top spot in The 25 this week.

Greyson Sigg is in the field this week while he sits in second place on the season-long points list behind Stephan Jaeger. Sigg finished runner-up in this event last year, so don't be surprised if he challenges for the top spot again in Indiana.

With a PGA Tour card secure already, Lucas Herbert is at number six in The 25. The Australian has two European Tour wins to his name and should be one of the front runners this weekend.