Angel Cabrera has been in jail since January after Brazil's federal police arrested him for the alleged assault of three former partners. 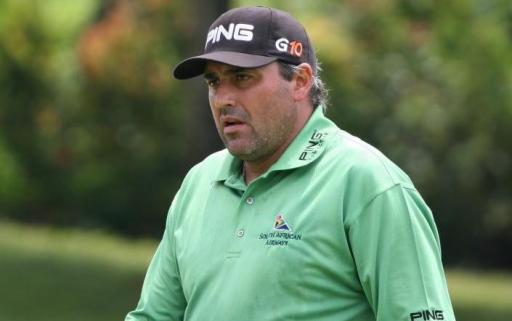 Two-time major champion Angel Cabrera has been extradited from Brazil to his homeland of Argentina to face trial on charges that he assaulted three former partners.

According to the Associated Press, Cabrera was arrested in Brazil in January on an Interpol warrant having spent months on the run from the police.

The 51-year-old is facing claims of assault from his ex-girlfriend Cecilia Torres Mana and her case was backed up by his former wife Silva Rivadero and former partner Micaela Escudero. They have all accused him of assault, intimidation and causing injuries.

Television networks in Argentina showed the 2009 Masters champion being handed over to the local authorities in the city of Puerto Iguazú. He was due to be taken to Cordoba today to face an expected trial in July.

Carlos Hairabedian, who is Cabrera's lawyer, downplayed the accusations by saying that they happened some time ago, however, his ex-girlfriend Torres Mana said that he was controlling.

"We have to stop him so he leaves us at peace. He thinks you are his for the rest of your life and that you have to take the attacks and constant humiliation," said Torres Mana.

Cabrera beat Kenny Perry and Chad Campbell in a playoff at Augusta National to win the green jacket. Two years earlier, he won his first major title at the US Open at Oakmont Country Club.

The Argentinian has 41 international victories and three in total on the PGA Tour. His most recent win came at the Greenbrier Classic in 2014.