Angel Cabrera has been sentenced to two years in prison in Argentina for assaulting a former girlfriend. 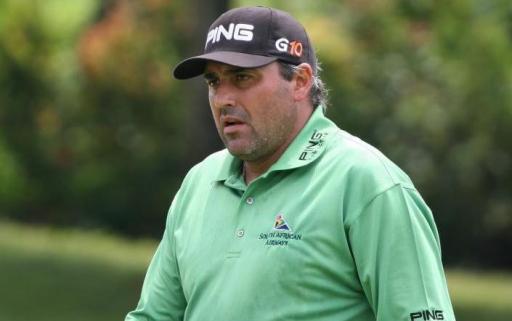 Former Masters and US Open champion Angel Cabrera has been jailed for two years in Argentina for assaulting a former girlfriend.

Cabrera was convicted in Cordoba for assaulting, threatening and harassing Cecilia Torres Mana, with who he was in a relationship with from 2016 to 2018.

The 51-year-old started his term immediately after being sentenced, but his lawyer is expected to appeal the verdict.

During the trial, Torres Mana described the incidents of violence that were confirmed by other witnesses. Security cameras were also used to provide evidence of threatening by Cabrera.

Cabrera was extradited last month from a prison in Brazil after he had been on the run from the police and he had been jailed since January.

Carlos Hairabedian, who is Cabrera's lawyer, had downplayed the initial accusations put to him by saying that they happened some time ago.

The Argentinian experienced many glory days on the PGA Tour, so it is very shocking to see such a turn of events in his life.

In 2007, he won his first major title at the US Open at Oakmont, winning by one shot over Tiger Woods and Jim Furyk. He became the first South American to win the tournament.

Cabrera beat Kenny Perry and Chad Campbell in a playoff at Augusta National to win the green jacket in 2009. In 2013, he lost in a playoff to win his second Masters title when Adam Scott rolled in a superb putt to win his maiden major title.

The Argentinian has 41 international victories and three in total on the PGA Tour. His most recent win came at the Greenbrier Classic in 2014.