PGA Tour pro Tom Hoge was perhaps the victim of the most brutal missed putt you'll see this season at the 3M Open. 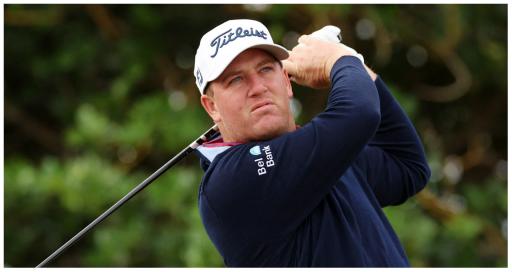 PGA Tour pro Tom Hoge was the victim of one of the most brutal missed putts we will likely witness all season.

Golf is a cruel game, even at the best of times. But this one certainly takes the biscuit.

Hoge may not be the biggest name in the field, but he is a PGA Tour professional which means that he's generally going to be quite good at the game.

On Thursday in the opening round of the 3M Open at TPC Twin Cities in Minnesota the American found himself on the green in three shots at the par-5 18th hole.

He was putting across the dance floor, from approximately 38 feet for eagle, but departed the hole with a bogey in excruciating circumstances.

One minute he's putting for birdie, the next he's watching his golf ball take a dramatic turn to the left and he's staring down a bogey.

Hoge missed the returning putt for par to add insult to injury. Still, it was an otherwise decent day for the pro, who signed for an opening round of 4-under par 67 to see him well positioned within the top five players.

Elsewhere, Hideki Matsuyama was forced to withdraw from the first round of the 3M Open after carding an opening round of 77.

The Japanese pro had one crazy hole where he flirted with a double digit score, etching a nine on his scorecard on a par-5.

Matsuyama dunked an entire sleeve of golf balls into the water on his way to that quadruple bogey.

The PGA Tour official communications team confirmed that Matsuyama withdrew because an injury to his wrist.