Hideki Matsuyama withdraws through injury after posting a 6-over 77 in round one of the 3M Open on the PGA Tour. 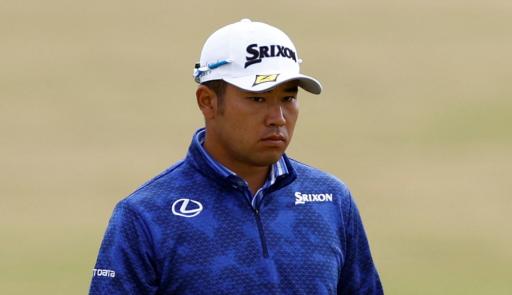 Hideki Matsuyama has withdrawn through injury after shooting a disastrous 6-over 77 in round one of the 3M Open on the PGA Tour.

Matsuyama, 30, has endured a rollercoaster run of form of late with a bizarre disqualification at the Memorial Tournament preceding a fourth at the US Open, missed cut at the Scottish Open and tie for 68th at the 150th Open Championship.

The 2021 Masters champion has now been forced out of the 3M Open as a result of a wrist injury, according to the PGA Tour.

Matsuyama dunked three balls in the water on the par-5 18th, his 9th hole of the day, en route to a quadruple-bogey nine.

Hideki Matsuyama (sore wrist) is a WD after round one of the 3M Open.

3 balls in the water.

Matsuyama, who has won eight times on the PGA Tour, has been heavily linked with a move to the controversial Saudi-funded LIV Golf Invitational Series in recent weeks.

Many thought the Japanese star would be announced in the field for next week's LIV Golf Bedminster tournament in New Jersey, but that was not the case as Henrik Stenson, Jason Kokrak and Charles Howell III took the remaining three places in the field.

Matsuyama, the World No.14, is understood to have been offered a huge deal to join LIV Golf as CEO Greg Norman looks to take LIV Golf over to Japan in the coming years.

Will Matsuyama remain loyal to the PGA Tour or will he break away to LIV Golf soon? Share your thoughts and comments over on our social media channels, or come and join us over on the GolfMagic YouTube Channel.

Next Page: Rumour - Is adidas Golf planning to buy a LIV Golf team for $1 billion?!