The PGL has offered some of the biggest stars in golf serious money to join the Saudi-backed golf tour, but Webb Simpson believes money isn't as appealing as it once was. 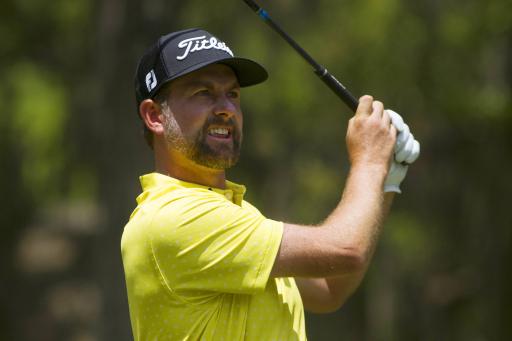 Webb Simpson has echoed his support for the PGA Tour after the Premier Golf League reportedly offered some of the biggest names in the sport $30 million to join the Saudi-backed golf tour.

Although the PGL has a serious amount of money behind it, Simpson believes that dollars aren't as attractive as they once were, thanks to the amount of opportunities now available on the PGA Tour.

According to a report in The Telegraph, Dustin Johnson, Brooks Koepka, Justin Rose and Phil Mickelson all received concrete offers to join the F1-style tour that would start next year, should they sign the desired players.

Prize money on the PGA Tour is at an all-time high and Simpson believes that the very best players want to compete not only for money, but to mark their name in the record books, something that won't be possible if they leave the historic tour for the PGL.

Webb has his say on the PGL pic.twitter.com/033h62zSei

"I'm very happy and very thankful for this particular opportunity we’ve had in golf and I feel like it’s only getting better," Simpson said ahead of this week's Wells Fargo Championship.

"Purses are going up, seems like we play better golf courses and golf course condition is getting better. Everything seems to be getting better with the PGA Tour and so I think there’s too many unknowns and too many things they would have to figure out for this thing to actually work and are the best players in the world really going to go to this tour if only eight of the top 25 in the world ranking are going to go?

"I think as a top player I want to play against the best and at the end of the day, you have a career long enough I think most of these guys they’re financially set. They want to break records, they want to win, be like Dustin, win 20 times, be a life member or whatever it might be so you create a new tour and all these records get kind of thrown out the window.

"I just think too many things like that are going to come up and I don’t think throwing X amount of money at guys is as appealing now as it maybe once was because of how great the opportunities we have now on the PGA Tour and whatever the number is, $350 million we’re playing for this year, what FedEx has done, Wyndham Rewards and now Comcast.

"There’s so many opportunities for guys to make a great living here and if I’m a guy who’s on my way to make history, like a Dustin or a few other top guys, I want to go after records not a dollar."

NEXT PAGE: Wells Fargo Championship 2021 - Groups and UK Tee Times for Round 1 and Round 2