This is everything you need to know about TGL, the new tech-fused golf league announced by Tiger Woods and Rory McIlroy. 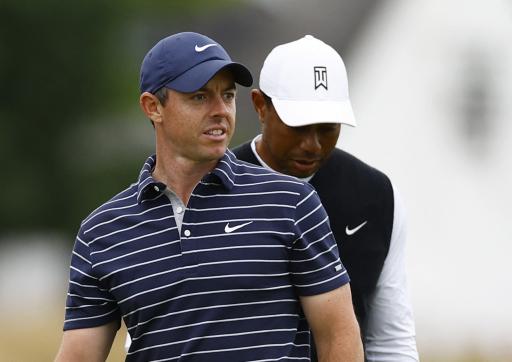 According to McIlroy, they have been working on the idea for two years. The venture was finally announced in August 2022 before the season-ending Tour Championship at East Lake.

TGL will run in partnership with the PGA Tour and will launch in 2024. It has been designed to engage with a new TV audience.

It will feature six teams of three PGA Tour players competing over 18 holes on a "data-rich, virtual course complete with a tech-infused, short-game complex".

Each team will play five matches during the 15-week regular season.

The events will take place on Monday evenings throughout the year. It will be in a league format, which drew criticism and accusations of hypocrisy from LIV Golf.

McIlroy said the reason why they have chosen to broadcast on Monday evenings was because it fits better into players' schedules when events are on as Tuesdays and Wednesdays are usually reserved for practice days before tournaments.

TGL is the next evolution within professional golf. I'm excited to help lead it into the future. https://t.co/0hIHKX5Ic3

Woods and McIlroy have already committed to playing. Each broadcast will be two hours long in front of a live audience.

The players will be hitting shots into a screen the same size as a cinema. Closer range shots will be played "greenside" in the stadium.

Currently, TGL does not have a broadcast partner. They have pledged to announce further details soon.

The announcement of TGL came 24 hours after Woods and McIlroy announced the launch of TMRW Sports.

Mike McCarley, the president of golf and global strategy at NBC Sports, has joined Woods and McIlroy as founder and CEO.

Their company will aim to use technology as a way to cultivate a younger golf audience.

What has Woods said about TGL?

Woods said: "TGL is the next evolution within professional golf and I am committed to helping lead it into the future,

"As a big sports fan myself, I'm excited about blending golf with technology and team elements common in other sports. We all know what it's like to be in a football stadium or a basketball arena where you can watch every play, every minute of action unfold right in front of you."

What has Rory McIlroy said about TGL?

"We've been working on this for two years. I think when someone comes to you and says, I've got something to show you, I think it'll be really cool, it'll enhance the fan experience, it'll be additive and complementary to the PGA Tour season, oh, and by the way, Tiger Woods is involved, it's like, yeah, I think that would be pretty cool.

"I think it's a great opportunity for PGA Tour players to show a different side of themselves primetime on Monday night. I think it's great for brand exposure to try to engage a different audience. We've all heard about the fact of how old the golf audience is, trying to get younger eyeballs on to it.

He added: "I just think it's going to be a really cool concept. Tiger and I are incredibly excited. We shared this vision with the room of players last week in Wilmington [at the player meeting]. Some of those players were already involved.

"It's just, I guess, another prong to what the PGA Tour are trying to do to push the Tour forward, and there was so much excitement in the room with that, as well.

"It's awesome. I think it's great for everyone involved, fans, TV, players, the Tour in general.

Next page: Rory McIlroy reluctant to give Phil Mickelson credit