Daniel Berger put on a show with the original TaylorMade SIM driver at Pebble Beach. 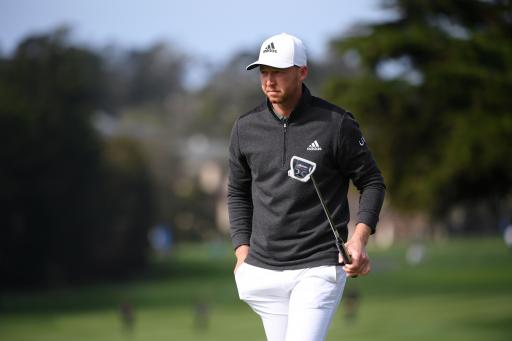 Daniel Berger claimed the AT&T Pebble Beach Pro Am with a 7-under par final round on Sunday and the American used a fairly mixed bag of equipment en route to victory.

The 27-year-old produced the lowest round of the day to climb the leaderboard and finished in style with an epic eagle from 30 feet at the final hole.

Berger was inches away from a huge birdie at 15 when his bunker shot lipped out, causing the World No.13 to fall backwards into the sand, much to the delight of the commentators and fans watching from home.

WATCH BERGER DROP IN THE SAND AFTER ALMOST HOLING OUT BELOW:

Golf. It be like that sometimes. pic.twitter.com/iszx6eissk— PGA TOUR (@PGATOUR) February 14, 2021

The victory marked PGA Tour title No.4 for Berger, whose rise in the rankings over the past year has been nothing short of phenomenal.

"One of the best finishing holes I've ever played," said Berger, who was thrilled with his eagle finale after he made a double-bogey at the 18th during Saturday's third round.

"Obviously, with everything that happened on Saturday, hitting that ball out of bounds, to step up there and hit a great drive and then one of the best three-woods I've ever hit in my life and then to make that putt is just as good as it gets for me.

"I think today really solidified my position as one of the best golfers out here and I just need to continue to do the things I've been doing and I feel like there's no limit to what I can accomplish."

Daniel Berger - What's in the bag of the Pebble Beach winner

NEXT PAGE: How much money Daniel Berger and every player won at the AT&T Pebble Beach Pro Am