Will Zalatoris "firmly believes" he is one of world's BEST PLAYERS

Will Zalatoris may have lost in another playoff at the US PGA Championship, but his confidence has grown despite his disappointment. 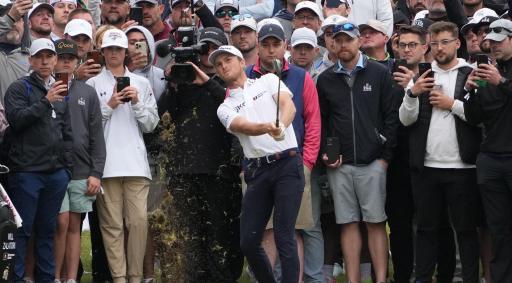 Will Zalatoris believes he is one of the best players in the world after his performance at the US PGA Championship last week.

Zalatoris fell agonisingly short of his first major title after losing to Justin Thomas in a 3-hole aggregate playoff at Southern Hills.

On his debut at The Masters in 2021, he came second and one shot behind Hideki Matsuyama. In just seven major appearances, he has made five top-10s.

The 25-year-old is certainly a player for the big occasion and his form on the PGA Tour is also unrivalled with four top-10s in his last five starts.

"I think it was a blur for sure. It's obviously a position that I've wanted to be in my entire life, and obviously, it stings to come up basically one shot short. But I think if anything, this is the closest I've been," Zalatoris said ahead of the Charles Schwab Challenge.

"I know that we're doing the right things. I believe I can do it. I now know I can be one of - obviously guys out here say it to themselves because that's what obviously you're supposed to do, where you think you can be or you are one of the best players in the world.

"I now firmly believe that. Sorry if that's arrogant, but I think there is a difference. I mentioned this last week in the media, when people are asking, hey, Scottie, what was the difference between you winning your major and the four events that you won and not winning over the last two years, and he just said it's belief.

"I think this past week being under the gun, and JT played an absolutely flawless playoff and I was obviously one shot short of that, so being able to handle that pressure under the gun was awesome."

His belief is certainly justified. He has reached his career-high mark of 14th in the world rankings and he has earned $4,472,150 in 2022 already.

Zalatoris' clear weakness is his putting, but his ball-striking and tee-to-green play are unrivalled. He is ranked first in strokes gained from tee to green and approaching the green.

He is straight back into the fire this week at the Charles Schwab Challenge in Fort Worth as the pursuit for his first PGA Tour win continues.

Next Page: Rory McIlroy OUT of Irish Open but will play four straight weeks on PGA Tour