The Netflix cameras followed three players in particular during the US PGA Championship: Justin Thomas, Mito Pereira and Matt Fitzpatrick. 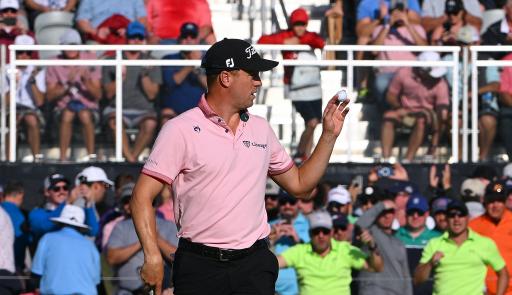 The PGA Tour Netflix series enjoyed an exciting week at the US PGA Championship as they followed three main contenders at the tournament in Tulsa.

According to Dan Rapaport, the exciting new show chose to pay close attention to Justin Thomas, Mito Pereira and Matt Fitzpatrick from the start of the week at Southern Hills.

As we now know, this proved to be perfect as, during the final nine holes on Sunday, all three of these players had strong chances to win the US PGA Championship.

Unfortunately for Pereira, he double-bogeyed the 72nd hole to miss out on a playoff and Fitzpatrick made one too many bogeys to fall out of contention in the closing stages.

Justin Thomas shot a 67 to make a playoff with Will Zalatoris. He birdied two of the three playoff holes to win his second major title and second Wanamaker Trophy.

Related: Did John Daly just fire a cheap shot at Tiger Woods in the PGA Championship?

Netflix has followed a few guys each week. At the PGA, the 3 main players they trailed: Justin Thomas, Mito Pereira and Matt Fitzpatrick. Spent significant time off-course with all 3.

A dream week for the show. They'd been waiting for an outcome like this. Can't air soon enough.

As for Netflix, they probably couldn't believe their luck. Rapaport also said the cameras spent "significant time off-course" with these three players as well.

The new series will follow the mould of 'Drive to Survive' which is a series that shows incredible behind-the-scenes, boots-on-the-ground footage of Formula One.

The docuseries was announced in January and 22 players agreed to be included. It will run through to the Tour Championship in August. It will be co-produced by Box to Box Films and Vox Media Studios.

The final product of the 2021/2022 season won't be released until months after the conclusion of the FedEx Cup, so golf fans will have to wait a while to see the cutting-edge footage of their favourite players.