Jordan Spieth: "Next run could be more exciting than any I've ever had"

Jordan Spieth believes going forward the fact he has nothing to lose will only mean good things. 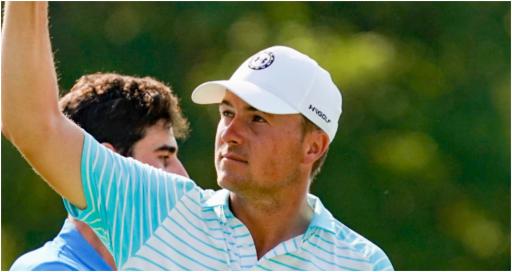 Jordan Spieth says "fearlessness" will help him in the next stage of his career as he predicted his "next run" could be more exciting than anything we've ever seen.

Spieth heads into Colonial Country Club for the Charles Schwab Challenge on the PGA Tour off the back of another frustrating major performance as he struggled to get anything going at the US PGA.

Mainly, it was the putter that again let him down again at Southern Hills Country Club as he watched good pal Justin Thomas become a two-time major winner.

Back on the PGA Tour this week, Spieth admitted that he feels as though it's just a matter of time before he starts pouring the putts in.

He told the media: "I still struck it pretty well last week, but it didn't quite feel as good as it had the previous two tournaments, so I know why, just got to kind of get on top of it and make sure that that was just kind of a one-week kind of step back on that front, and keep progressing forward, and hopefully just have a really consistent next few months.

"I had a few chances to win events, but that was kind of about it this year, even though I've played really good golf, so I'm trying to maybe play a little more consistently in the top 10 on the weekend, and you never know when it goes your way sometimes."

The 13-time PGA Tour winner was asked how he would view his career to date? Is he pleased? Is he disappointed?

It appears that Spieth believes that his next run could be more impressive than when he burst onto the golf scene all those years ago.

Spieth said: "Yeah, I guess that's all perspective. I think if I was sitting here in 2013 having not won on the PGA Tour, just getting my status, and you told me in 10 years you'd be sitting with this on your resume, I'd obviously be pleased.

"Then if it was 2017 or 2018 and you told me this is on your resume now, this is where you are in five years, I'd probably be a little disappointed.

"I think it just depends on what lens you look at it from, what timetable you have.

"Overall I just feel really good about where I'm at right now. I'm very focused on what the next 10 years can look like if I accomplish what I'm setting out to accomplish and I'm still in the process of it right now, and fortunately finding some consistency and success over the last year and a half while still not feeling like I have kind of the control and freedom through my game that I had for a few years there, but I feel that the next run could be more exciting than any that I've ever had.

"I believe in that. I start to see that, and more importantly I start to feel that through shots.

"And I believe that a little bit of extra perspective, a little bit probably more fearlessness, less to lose, that kind of thing going forward can only help me if I can get things right to where I want to, and I think to me it feels like a matter of time while still being patient versus an "if".

"If I could duplicate the last 10 years the next 10 years, I think that would be something I'd be really proud of."