Will Zalatoris made his first hole-in-one at the age of eight and he returned to his childhood golf course to reproduce this magical moment. 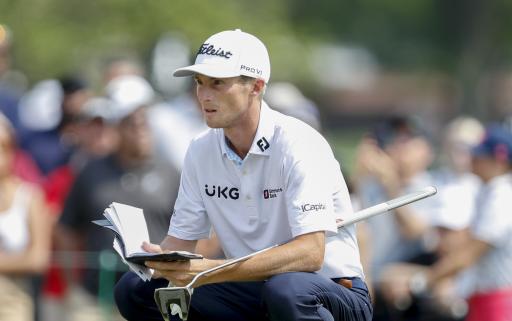 Will Zalatoris performed beyond his years on the PGA Tour in 2021 and he was rewarded for this with the Rookie of the Year trophy.

He achieved eight top-10 finishes in 25 events including a hugely impressive runner-up finish at The Masters. It was his debut at Augusta National too.

But Zalatoris is no stranger to freakish progress. When he was just eight years of age, he made his first hole in one at Mariners Point in Foster City, California.

This beautiful golf complex is situated on San Francisco Bay which offers stunning views across the water and this was the scene of Zalatoris' great achievement.

"This place means a lot to me. This is how I got my start in the game and it taught me values and it's not just about golf, it's about the values I carry as a man," Zalatoris said, upon his return to Mariners Point.

He might have to add his junior club to the bag. @WillZalatoris attempts to recreate his first hole-in-one from when he was 8 years old. pic.twitter.com/5ihwgOGaU2

"I remember the pin was on the back right-side and it was just pumping like 30 mph downwind. The greens were rock-solid firm and I remember just hitting the shot where I was trying to pinch it and put a bunch of spin on it. It ended up going in.

"I started crying, he started yelling. We all went crazy and I remember calling my dad and my dad fell out of his chair in his office."

The 25-year-old wanted to recreate this amazing moment in his golf career and so he set upon the task, using the same wedge that he used 17 years ago.

He danced a couple towards the hole, threatening the cup on numerous occasions. But then the moment came, Zalatoris literally returned to his childhood.

He pitched one short of the pin and with a couple of hops on the green, he finally holed it. Just like the eight-year-old Zalatoris did all of those years ago, this time he called his mum to say that he made another hole-in-one.

He has still kept the flag from Mariners Point from his first ace for all of these years and this time, he was allowed to keep the flag again.

NEXT PAGE: LEE WESTWOOD ON DOWNING STREET CHRISTMAS PARTY: "THE RATS ARE ON THE SHIP"