Lee Westwood on Downing Street Christmas party: "The RATS are on the ship"

Eddie Pepperell also took time to post his thoughts about the alleged party, as did Richard Bland... 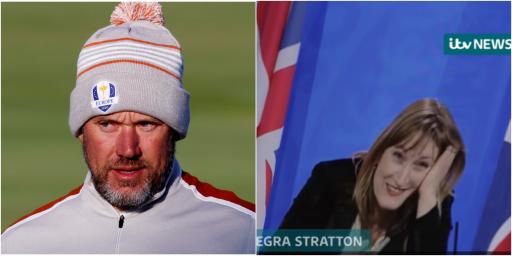 If you are from the United Kingdom and happen to live under a bridge there is a controversial story developing.

While millions of people lived in isolation and lost loved ones, it appears Downing Street may have hosted a Christmas party.

This would have broken the lockdown rules at the time. A video has emerged which shows senior staff laughing and joking about it.

The video was from a rehearsal from a Downing Street briefing which was due to be hosted by then spokesperson Allegra Stratton.

Aides can be seen laughing about it, making references to cheese and wine before a befuddled Stratton said: 'What's the answer?'

As you can imagine, quite a lot of people are unhappy about the revelation. One rule for one, another for them, people have stated.

Lee Westwood took to his social media page to post this:

Clearly the rats are on the ship. Eyeballing each other to see who’s going to flinch first!

While Eddie Pepperrell chimed in:

I should admit this now, I went to that party at Downing Street. In my defence I wasn’t there long!

Prime minister Boris Johnson is due to field questions about it later.

The event is said to have happened on 18 December. That was at the time the Government advice was to not have Christmas parties.

Number 10 continues to maintain there was no party and no restrictions were broken.

Government ministers when asked to do the interviews on breakfast news channels this morning pic.twitter.com/zDGckMG5nl

Lee Westwood
Eddie Pepperell
Ryder Cup
Richard Bland
boris johnson
allegra stratton
Previous
Rory McIlroy makes EQUIPMENT CHANGE as he looks ahead to 2022 on the PGA Tour
Next
Rory McIlroy throwback: The time he was a test subject on a NERVY trick shot