2021 QBE Shootout: Meet the teams playing for some SERIOUS money in Florida

While there are no FedExCup points awarded, there is a lot of money on offer this week... 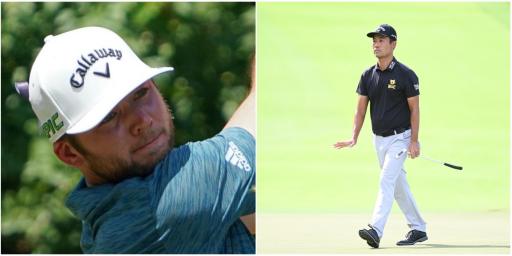 The QBE Shootout is unique tournament on the schedule as it is a team and a mixed event.

This week Harris English and Matt Kuchar seek to defend their title at the Tiburon Golf Club in Naples, Florida.

When you are watching, you might recognise the course as it was host to the CME Group Tour Championship on the LPGA Tour.

There are no FedExCup points on offer for what has been described as a "silly season event" but the winning team will take home $895,000.

In the first round they are playing a scramble format, then move to alternative shots in the second before playing four-ball in the final round.

Lee Westwood and Harold Varold Varner III were due to play, but both had to withdraw due to illness and injury.

They were replaced in the field by Matt Jones and Charles Howell III.

This is the field:

HOW TO WATCH THE QBE SHOOTOUT, A TV GUIDE

PGA tour
qbe shootout
Kevin Na
jason kokrak
will zalatoris
Lee Westwood
Previous
This new golf series will REVOLUTIONIZE amateur golf in the United States
Next
Jason Dufner made mistake at the QBE Shootout we can all relate too!