World No. 1 Jon Rahm is over 10 years short of this AMAZING Tiger Woods record

Jon Rahm is entering his 37th week as the best player in the world, but how many weeks did Tiger Woods spend at the peak of the rankings? 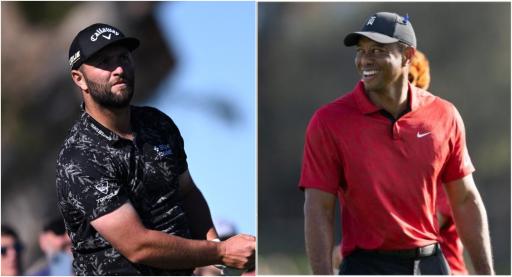 Jon Rahm has become a consistent, impressive and dominant World No. 1. His form and superb play on the PGA Tour each week does not wilt.

Since finishing tied third at The Open Championship in July, the Spaniard has not been knocked off the top spot. After The Open, he finished in the top-10 in five of his next nine tournaments.

Collin Morikawa, who is ranked second in the world, had opportunities to reach the top of the pile in Rahm's absence from October until January. He particularly squandered his best opportunity when holding a five-shot lead at the Hero World Challenge.

Rahm is now entering his 37th week as World No. 1, which is a combined total, not consecutive. He has recently overtaken Vijay Singh who held the spot for 33 weeks and he is approaching Nick Price's total of 44 weeks.

Jon Rahm has been ranked number one in the world for a combined 36 weeks.

To catch Tiger's record of combined weeks at number one, Rahm needs to hold the top spot for another 12 years, 5 months and 3 weeks.

However, the reigning US Open champion still has a long way to go to match the all-time record which is held by none other than Tiger Woods.

If Rahm wants to beat the 15-time major champion's record, which stands at 683 combined weeks, he will have to be the World No.1 player for another 12 years, five months and three weeks.

Woods' record as the best player in the world is absolutely staggering and it is just another statistic that shows his dominance of the modern era of the game.

The nearest player to the 46-year-old's record is Greg Norman. The Australian, who won two Open Championships in his career, was World No. 1 for 331 weeks.

Dustin Johnson is the closest player to the record who currently plays on the PGA Tour. He has been World No. 1 for a combined 139 weeks. He was knocked off his perch after finishing tied 19th at the 2021 US Open.