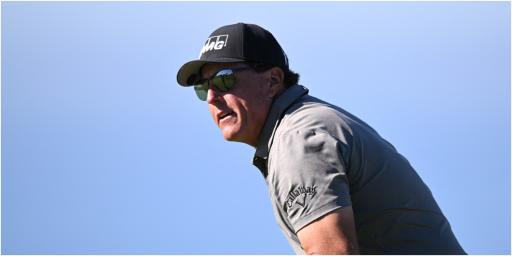 Speaking to Golfweek, the 67-year-old, who has won seven times on the PGA Tour, was critical of those who decided to take the guaranteed appearance money at the Saudi International on the Asian Tour instead of playing a staple event in California.

Jacobsen said he thinks the AT&T Pebble Beach Pro-Am is the most important on the tour due to how long the sponsor has been supporting the event, dating back to 1986. AT&T is the second-longest running sponsor behind Honda.

Bryson DeChambeau, Phil Mickelson, Dustin Johnson, Tommy Fleetwood and Bubba Watson were just a few stand out names who headed to Jeddah. These elite golfers were paid handsome sums of money going into the millions just to be there.

Reports emerged during the week of players being courted with bananas sums of cash to jump ship and sign up to a new, elite league. These were denied by some. Johnson just laughed when he was asked about it, but appeared to confirm an offer was on the table that was "a lot different" to Ian Poulter's.

Patrick Cantlay spoke last week about his love for Pebble Beach made him choose the PGA Tour event. Jordan Spieth also decided to support the PGA Tour but came up short against Tom Hoge.

"What better place than Pebble Beach to spend time with and thank these corporations for sponsoring this Tour and giving all these players the opportunity to seek fortune and fame.

"I understand getting appearance fee money. I've done that myself. But I think this is the one tournament that is extremely important to the success of the PGA Tour and it's disheartening for me to see so many miss this tournament, so many of the stars, because I think the best players on the PGA Tour should be here and playing with the top people in business, the top people in entertainment and sports.

"It's disheartening for me just to see this and I would have loved to have seen the best players in the world playing here this week."

He added that he hopes the players will stop listening to their agents as it makes the game go in a bad direction. "I hope someday that somebody realises how important this event is to the past, present and future of the PGA Tour," he said.

Harold Varner III emerged as the unlikely winner of the Saudi International and went absolutely bonkers when he drained a monster, 92ft eagle putt at the 72nd hole to snatch the win from Bubba Watson.

Tom Hoge won the AT&T Pebble Beach Pro-Am by a margin of two strokes after Jordan Spieth's challenge fizzled out at 17.