World No.1 Jon Rahm wins PGA of America Player of the Year award

After winning his first major championship and becoming the World No.1 again, Jon Rahm has won the PGA of America Player of the Year. 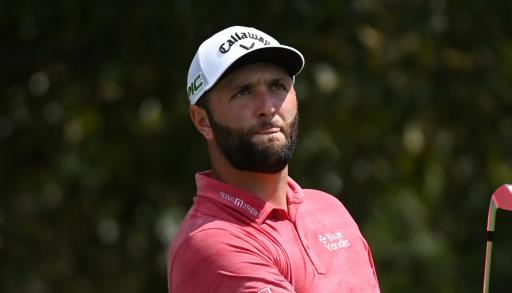 After a fantastic season in 2021, Jon Rahm has won the PGA of America Player of the Year award.

Rahm has been a picture of consistency on the PGA Tour, winning his first major title at the US Open in June and finishing in the top-10 an incredible 15 times in 22 events.

The PGA of America uses a year-long points list to determine who wins their Player of the Year award, considering tournament victories, official money and scoring averages.

Although the Spaniard's win at Torrey Pines was his only win of the season, it was only a Covid-19 positive test result that stood between him and winning the Memorial Tournament.

Patrick Cantlay won this event which contributed to his tally of four wins in the 2021 season, which includes victories at the BMW Championship and the Tour Championship.

After winning the US Open and finishing in a tie for third at The Open Championship, Rahm returned to the World No. 1 spot and has now been there for a sustained period of time.

With these two major championship finishes, he also placed tied eighth at the PGA Championship and tied fifth at The Masters, so he has proven he is a player for the big occasion.

His consistency has been fantastic, he has now made six top-10 finishes in his seven events. His name has become a regular feature at the top of PGA Tour leaderboards which is how he has maintained the World No.1 spot.

His scoring and statistics have been second to none as well. He leads the way in scoring average, birdie average, strokes gained in total and strokes gained from tee to green on the PGA Tour.

We are yet to see who has won the PGA Tour Player of the Year, but Rahm is certainly a worthy winner of the PGA of America award.

NEXT PAGE: 5 REASONS WHY JON RAHM SHOULD BE PGA TOUR PLAYER OF 2021 AND NOT PATRICK CANTLAY