Xander Schauffele: What's in the bag of the six-time PGA Tour winner?

Xander Schauffele became the latest Callaway staff player to win on the PGA Tour in 2022, securing a two-shot win at the Travelers Championship. 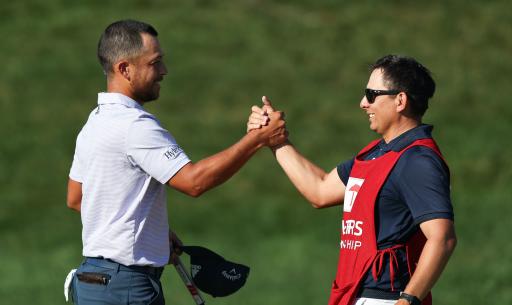 Xander Schauffele capitalised on a dramatic blunder by Sahith Theegala on the 72nd hole to win the Travelers Championship at TPC River Highlands.

Despite leading for the majority of the week, Theegala took a one-shot lead into the 18th hole, but he came unstuck in the fairway bunker and went on to make a double-bogey.

Schauffele calmly found the fairway on the 18th hole and expertly approached the green to make a birdie. He secured a two-shot win and his sixth PGA Tour victory.

It is the first 54-hole lead the 28-year-old has converted on tour and it is his first individual title since winning the Sentry Tournament of Champions in 2019.

"Yeah, my mind was telling me hit a good drive and you're going to have a sand wedge or lob wedge in there and a really good look at birdie with that pin kind of on the slope. And to sit there and watch sort of what happened was a bit of a shock obviously," Schauffele said.

"I really had to try and focus on the task at hand. And sitting there waiting, sort of watching, not really knowing what's going on, but having an idea is a strange thing. So was happy to just hit that tee shot straight down the fairway."

"It feels really good. Everyone talks about how hard it is and I only had the Olympics to fall back on having a lead and closing it. I've never done it on the PGA Tour."