Haotong Li holed an incredible putt on the 18th green to dramatically beat Thomas Pieters on the first playoff hole in Munich. 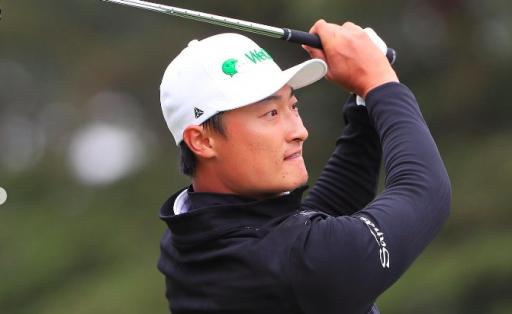 Haotong Li secured his first DP World Tour victory in four years at the BMW International Open after holing a long putt to beat Thomas Pieters in a playoff.

Li entered the final round with a three-shot lead on 20-under-par, but Pieters made seven birdies on Sunday at Golfclub München Eichenried to reach 22-under-par, level with Li who shot a 70.

The Belgian forced a playoff on the 72nd hole in Munich with a birdie and he will feel aggrieved that he couldn't pick up his seventh DP World Tour title against Li in the playoff.

The Chinese star cut it tight with his first tee shot in the playoff, played on the par-5 18th hole. His ball carried the water by only a couple of feet and finished in the rough, just as he did on the 16th hole in the final round.

Pieters found the fairway and hit his approach shot in the lefthand greenside bunker. It was a sizeable sand shot next, but he was in a good position to win for the second time in 2022.

Haotong Li showing how much it means to win #BMWInternationalOpen pic.twitter.com/3MZPCnoTtn

Li diced with death once again. His approach to the green scampered across the putting surface and rolled off towards the water again. Luckily, it stayed dry.

The World No.281 then thinned his chip past the pin and down the harsh slope, giving himself what looked like a 30-foot putt for a birdie. Pieters splashed out to around 10 feet.

Li struck his putt up the hill and to Pieters's dismay, it found the bottom of the cup. Pieters couldn't make his own birdie and this led to jubilant and emotional scenes for Li.

His last win came at the Omega Dubai Desert Classic in 2018 when he finished one shot ahead of Rory McIlroy. Since then, he had dropped as low as 542nd in the world rankings.