You won't believe how long this PGA Tour pro takes over his shots!

Brian Stuard seemed to have a case of hesitation as he just couldn't hit his second shot on the 9th hole during the second round of the Honda Classic. 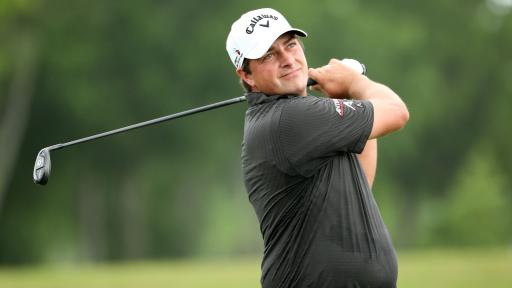 Every golfer has been there. Whether they are a PGA Tour professional or an amateur, we have all suffered from anxiety and or hesitation to hit a shot.

It happens to the best of us and although we aren't sure, Brian Stuard certainly seemed to be tense over a couple of shots during the third round of the Honda Classic.

The 39-year-old was in the middle of the fairway on the 9th hole and he had 188 yards left into the green. He was set and ready to hit the shot.

But Stuard just couldn't pull the trigger. He adjusted his body, looked up at the hole on multiple occasions but he continually hesitated.

Anxiety on a million. Almost couldn’t get through it. pic.twitter.com/wSaOmovmBT

He took at least 30 seconds to hit his ball which is an abnormally long time for a PGA Tour player to hit a shot, let alone an amateur player.

Stuard's approach shot went 40 feet from the hole and he settled for a par. He shot a 1-under-par 69 to finish in tied 13th place when he walked off the 18th green.

There is also footage of Stuard doing the same thing on the 11th hole. He takes a similar amount of time to hit his approach shot as he does on the 9th hole.

He played with Brooks Koepka on Saturday, who has previously criticised Bryson DeChambeau for slow play on the PGA Tour, so we doubt he was impressed.

“Congratulations! You are the winner! You get to play a round with professional golfer Brian Stuard!”

It is never pleasant to see players take so much time over a shot as you never know what is running through their minds. This type of hesitation could be a result of anxiety.

However, the pace of play is often a part of golf that is heavily criticised by golf fans and experts. Let's hope that Stuard can eradicate this type of hesitation from his game moving forwards.