Tiger Woods was described as a "one dimensional" player who would go winless in 1997 by several leading golf instructors. 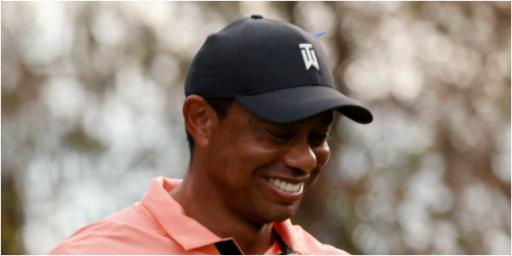 Tiger Woods was predicted to go "winless in the majors" in 1997 by several leading instructors.

It is hard to believe that Woods had doubters in that time, given the fact he had already picked up his first PGA Tour win.

We had seen his father Earl Woods take him on chat shows when he was as young as two years old. He was a bit special.

A naturally gifted player who worked harder than any of his contemporaries to become the most brilliant player of his generation.

Golf Magazine's Top Teachers predicting how Tiger would do in 1997.

Tune out the naysayers. pic.twitter.com/SSlMK28sV8

Related: PGA Tour pro seeing a rookie Tiger: 'What the F was that?'

Their thoughts? Well, it's hard to believe now that some thought he would have to wait for his first major win.

"Tiger will win one tour event and do well to finish in the top 30," Harmon wrote. "He's not ready to handle the pressure of a major."

Myers thought Woods was "too aggressive" and swung the club "too fast" and urged him to take a lesson from Nick Faldo.

Looking back now, these assessments are simply hilarious.

Why? Well, we know that only a few months later Woods won his first Masters by 12 shots.

Those closest to the then 24-year-old Woods sensed that he was going to do something special that year at Augusta National.

One of Woods' closest friends in golf, Mark O'Meara, has spoken before about how he saw him shoot 59 weeks before the event.

Woods' father famously claimed he was going to win the Masters and reportedly was looked at "like he was crazy".

To date, Woods has won 82 times on the PGA Tour to equal Sam Snead's record and won 15 majors.

Related: How did Tiger Woods explain his split with Elin Nordegren to his children?

Next page: Why Tiger Woods always wears red on a Sunday