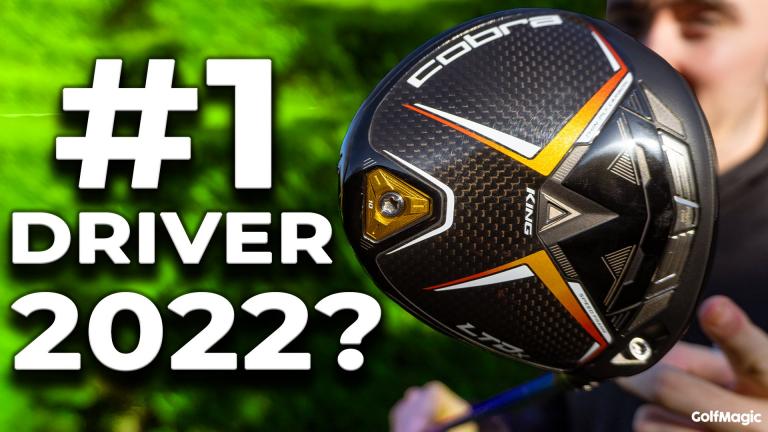 - The PWR-COR and H.O.T Face technology produce fantastic forgiveness and superb ball speeds. The smash factor figures prove that the Cobra LTDx drive guarantees superb ball-striking.
- At £399.00, this price may be outside of some people's budgets.
Our score:
Overall:
5
PRICE: £399.00 YEAR: from 2022

Cobra Golf has produced a fantastic new family of LTDx drivers, metal woods and hybrids and GolfMagic has reviewed these new clubs in all aspects of their performance.

One of the main qualities you will find with the Cobra LTDx driver is its extreme forgiveness. GolfMagic’s Equipment Editor Alex Lodge was largely impressed with the connection with off-centre hits.

Cobra has produced a superb range of drivers with the LTDx, the LTDX LS and the LTDx MAX, catering for golfers of all abilities and experiences.

Packed with revolutionary technology and groundbreaking weighing methods, Cobra has not let you down with this release for 2022.

What is the Cobra LTDx driver all about?

One of the main pieces of technology with the Cobra LTDx driver is PWR-COR technology. This places multi-material internal and external weighting in the clubhead.

You can see the external weighting on the outside of the clubhead. There is tungsten and steel weighting inside the club which produces a forward CG.

What is very interesting is the H.O.T Face technology. This stands for Highly Optimised Topology which has replaced the old E9 face, although there is still CNC milling.

Cobra has run hundreds of simulations to test all parts of the clubface. They have changed and optimised the thickness of the face in 15 different locations to increase ball speed.

The Cobra LTDx has over 5000 MOI and this was the feature that Alex liked the most and this could make this driver the most forgiving driver of 2022.

The Cobra LTDx LS is a lower spin version which uses the same PWR-COR technology. The external weighting is marginally different as the LS version suits better golfers.

This model is slightly less forgiving, has a lower spin rate and there is also a lower launch. It is a tougher nut to crack than the regular LTDx.

Which golfers should use a Cobra LTDx driver?

The Cobra LTDx driver can be used by any golfer and this is because of the forgiveness, accuracy and ball speeds that are produced.

As you can see in our review, Alex was pleasantly surprised by the smash factor, spin rate and distances he achieved with this club,

The Cobra LTDx LS is suited to players who are confident with shot-shaping. Therefore, this suits the needs of tour professionals or low handicappers.

Which Cobra LTDx driver is right for you?

Here's a helpful table to help you decide which of the three new Cobra drivers are best suited to your game:

The Cobra LTDx has a carbon crown with a slightly different colour skin to the old Cobra RadSpeed driver in 2021.

The Cobra RadSpeed had somewhat of a green and black colour scheme when looking down at the address, whereas this new release focuses on hot colours such as red and orange.

The carbon crown, with 30% more carbon, makes the presentation of the LTDx driver slightly shinier and glossier than the previous release from last year.

The face is similar to that of a topology map which is down to the use of H.O.T Face Technology, which optimises ball-striking across the entire clubface.

Alex achieved satisfying smash factors (1.48 - 1.49) with the majority of his drives in our review above which means the feel of the club was spot on.

In terms of the weight of the club in your hands, there is 30% more carbon in this driver for 2022. This makes the club lighter, saving weight to redistribute and optimise other features of the club.

If we move on to the Cobra LTDx LS driver, this offers more harsh feedback and you will know you have found the heel or the toe with this club.

With off-centre hits, Alex still produced good distance, consistent ball speeds and an impressive smash factor. The thousands of tests that Cobra ran across the clubface have led to an optimised strike from anywhere on the club.

With his first hit in the golf simulator, Alex admitted he found the heel of the club but he still carried his drive 296 yards with a total distance of 316 yards.

With certain drives, Alex hit the same ball speed figures as he did with the TaylorMade Stealth driver which is hugely impressive.

Although you would expect an increased MOI to cause diminished distance, Alex found this not to be the case and this is why the Cobra LTDx is so impressive.

Alex still found that it was forgiving and the smash factor was fantastic, which essentially means Alex found the sweet spot when his ball-striking was not exactly perfect.

With the technology used in brand new drivers in 2022, it is hard for brands to produce a bad driver. Cobra has made fine-tuned differences in the LTDx range.

The main difference in this new model is the smash factor. Alex found superb numbers in the full swing simulator at Silvermere Golf Club.

The smash factor indicates if you have found the middle of the clubface and even though Alex hit some shots from the toe and the heel, he still recorded impressive smash factor figures.

It is certainly one of the best drivers of the year and this is also down to the combination of feel and distance. Alex averaged 330 yards in this thorough hitting session which is mightily impressive.

At £399.00, the Cobra LTDx driver is significantly cheaper than some of its market rivals and it offers good value for money in a competitive market.