Are they the PERFECT CLUBS? PING i230 Irons Review

GolfMagic Equipment Editor Alex Lodge assessed the performance of the new PING i230 irons which we believe are among the best in the business. 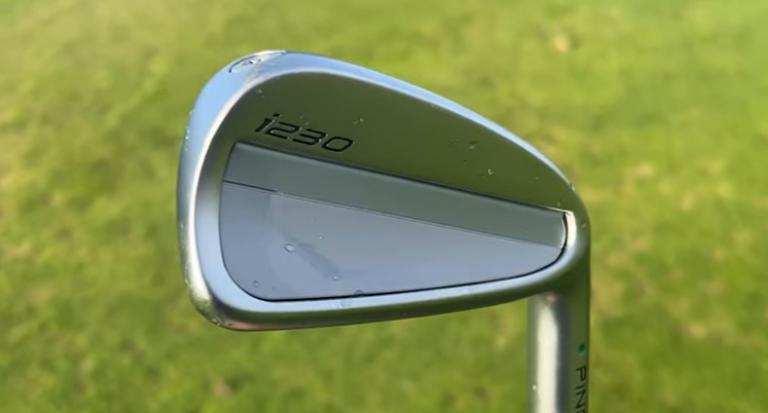 The PING i230 irons are yet another impressive addition to the market from a brand that has recently produced the G425 driver and the Glide 4.0 wedges.

These irons offer significant game improvement, but at a significantly high price of £1080.00. PING say this is a "Tour-proven, players-style iron that delivers consistent, predictable distance control and tight dispersion."

The brand, which represents a number of players on the PGA Tour and the LIV Golf Tour, has aimed to produce a premium sound and feel and a design with low CG and high MOI.

We were very pleased with the performance of the i230s and they would be at the top of our recommendation list as GolfMagic Equipment Editor Alex Lodge shows us in our review below.

WATCH OUR PING i230 IRON REVIEW BELOW

What are the PING i230 irons all about?

From PING's last iron release four years ago, the i210s, the brand has promised that this new iron set will increase your ball speed and increase forgiveness too.

In terms of distance, the loft and power in the PING i230 irons are slightly weaker than that of the TaylorMade P790s and the Cobra Forged Tec models. They are more comparable to the TaylorMade P770s.

PING also say that when we compare this new release to the old i210 irons, the PING i230 irons will be lower spinning which is meant to deliver more distance.

In terms of the construction of this iron, an activated elastomer insert creates weight to lower the CG for more distance. This also increases feel and sound in conjunction with a multi-material badge.

The precision-milled MicroMax Grooves are also a key part of this design. They deliver a consistent launch and good spin rates which Alex experienced first-hand when he tested them.

As the PING i230s deliver a great feel and solid distances, these qualities suit a lot of golfers and golfers across a wide handicap range. Make sure to test these irons yourselves and if you do purchase them, make sure to get custom fitted.

They are designed to be a player's distance iron and when Alex tested these clubs at Silvermere Golf Club, we were pleased with the consistent spin rate and overall distance.

After testing them in the studio, we believe that the i230s didn't perform like a distance iron, but more like an iron seen at Tour level.

It is important to remember in Alex's testing, the clubs were fitted to his swing, so we were inclined to attribute the good distances he achieved to this, rather than the clubs.

The main difference from an aesthetical point of view comes in the long irons. They are very sleek and the design is fairly straightforward with a light silver complexion.

The feel in these irons is similar to the TaylorMade P770s. The feel is forged which is positive and the connection feels cushioned and softer than the PING i59 irons.

The quality of feeling was a key feature when Alex tested these irons. Particularly with the long irons, we enjoyed the ease of strike and forgiveness across the face and this contributes to the positive feel.

At £1080.00, the PING i230 would represent a significant investment in your golf game, but we believe they guarantee improvement across the board.

We were mightily impressed with the consistent performance in delivering distance and the main feature we enjoyed was the feel. Ball-striking becomes a pleasure with these irons.

As we state in our video review above, it is up to you if you can spend over £1000 on a set of irons. We believe the i230s are an improvement over the i210s from previous years, but you should consider if the small gap in quality is worth the money.

Nonetheless, these PING irons showed consistent spin rates and good forgiveness across the club face. The forged feel and thick offset can instil endless confidence in your game.