Are they WORTH IT? Titleist TSR Driver Review | TSR2, TSR3, TSR4

GolfMagic Equipment Editor Alex Lodge assessed the performances of the new Titleist TSR Drivers. We look at the TSR2, TSR3 and TSR4 models in a special review video. 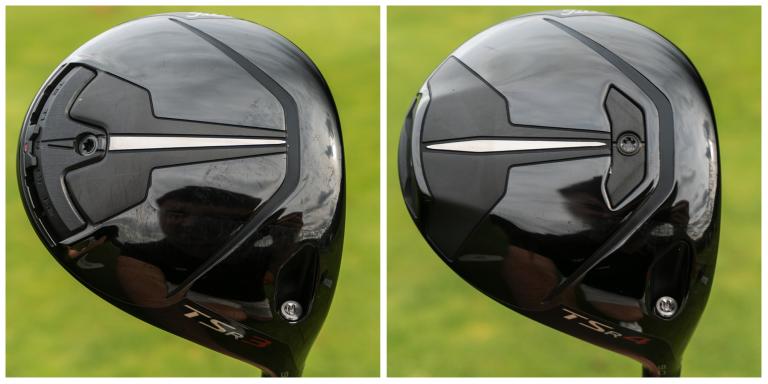 - The new TSR Drivers offer vital gains in ball speed and forgiveness. The marginal refinements will see much improvement in your long game.
- New drivers are always extremeley expensive.
Our score:
Overall:
5
PRICE: £529.00 YEAR: from 2022

Since the start of the Titleist Speed Project, Titleist engineers have put greater emphasis on aerodynamics as being one of the most essential components in increasing clubhead speed.

This is certainly true with the new TSR release in 2022. There are three new drivers: TSR2, TSR3 and TSR4. They all offer a large number of benefits for a wide range of golfers.

Although Titleist has made small changes, they offer significant improvements as part of a process which has refined the previous TSi models. Other brands such as Callaway and TaylorMade also focused on marginal gains with their releases in 2022.

What are the Titleist TSR Drivers all about?

The TSR model represents a refined range of drivers. The TSR2 Driver is hugely improved from the TSi2 in terms of aerodynamics. This drive is more streamlined due to some subtle differences in the design.

The TSR2 has a high MOI and it has been constructed to maximise distance, but it also has a player profile which all Team Titleist members enjoy. The TSR2 produced consistent ball speeds and accurate shots even with off-centre hits.

The TSR3 Driver is for the better players. The club head is compact and much like the TSR2, it has been made more streamlined. This driver has the Speed Ring design in the clubface which maximises ball speed.

The concept of improved aerodynamics is consistent in the TSR3 model too and it has a refined CG track system. This improves ball-striking across the face and forgives off-centre hits.

In terms of performance, we found that there wasn't much difference between the old TSi3 Driver and the new TSR3 Driver. Last season, the TSi3 was one of the most popular models on the PGA Tour.

The TSR4 has a new Multi-Plateau VFT Face. This is the same design as the TSR2 Driver and this helps to produce consistent ball speeds across the face.

This third new model has two adjustable weights. The regular setting allows for less spin, but this can be adjusted. We found this driver to be extremely forgiving.

Which golfers does this driver suit?

The TSR3 Driver suits players with lower handicaps or professionals. This club has a compact head with a smaller strike zone which can hugely improve your ball speeds.

The TSR3 and TSR4 Drivers are more suited to a wide range of golfers. The TSR2 Driver has a high MOI which increases forgiveness. With increased forgiveness, this could suit high handicappers as well as mid-to-low handicappers.

Titleist insists that you go through custom-fitting in order to find the right driver for you. This is particularly important when a new range containing three fresh designs is released.

In the studio, we found that with off-centre hits, the TSR models produced ball speeds of at least 180 mph and a solid dispersion across a lot of shots.

Although the gains in ball speed consistency and accuracy are marginal, these improvements are a result of this release which is aimed at refinement.

Cameron Smith and Cameron Young both used the TSR3 Driver at The Open Championship. "I’ve loved it. It’s faster.. and I feel like especially the toe miss for me, I haven’t gotten as much curve out of it, which is obviously a good thing. It seems to be a little bit more consistent on my misses. I’ve put it right in play and it’s been great," Young said.

Will Zalatoris earned his first PGA Tour victory at the FedEx St. Jude Championship with a TSR3 driver in the bag. "The mishits for me were exponentially better. I was seeing mishits go about seven, eight yards further. I have a lot of distance but bringing it in left-to-right was something that was huge for me," said Zalatoris.

We were delighted to be able to test the new Titleist TSR Drivers at Woburn and the marginal gains that have been made have contributed to improvements in ball speed and accuracy.

The keyword with this release is 'Refinement'. As we pointed out with the TSi3 Driver and the TSR3 Driver, there have been small changes but as Alex showed in the review, he experienced more success with off-centre hits.

Comments from PGA Tour players are the biggest indicator of an impressive design. Players such as Zalatoris, Smith, Young, as well as Justin Thomas and Tom Kim, have all sung the praises of Team Titleist.

The three models cover the abilities, ages and performances of every golfer. The TSR2 and TSR4 models probably suit mid-to-low and high handicappers, but the TSR3 Driver appears to benefit the performance of better players.