Titleist tees off its seeding and validation process for the new TSi2 and TSi3 drivers on the PGA Tour and European Tour... 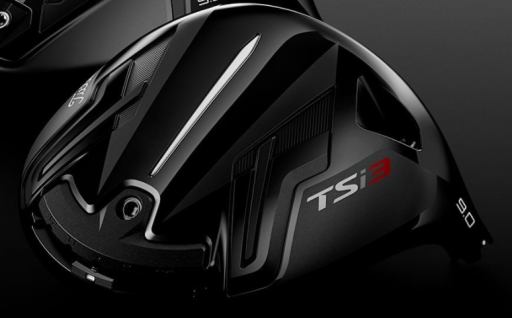 Titleist is unleashing its new TSi2 and TSi3 drivers for some of the world's best players at both the PGA Tour's Safeway Open and European Tour's Portugal Masters this week.

The brand announced its latest news via its latest Instagram post with an image of the new drivers and a caption: "Tour Launch Alert - New Titleist TSi Drivers." Take a sneak peek at the new Titleist drivers below...

Tour Launch Alert: New Titleist TSi Drivers. Titleist Tour reps are kicking off the seeding and validation process for the new TSi2 and TSi3 as they make their tour debut this morning at the @safewayopen and @portugalmastersgolf. Make sure you're tuned in and following us for the latest updates. #ItsATitleist

Titleist staff player Ian Poulter was quick to show off his new toys on Instagram when posting about the new clubs via his Story on Sunday evening.

While we don't have too much else to go on other than the preliminary images floating around on social media, as well as on the USGA conforming drivers list, it very much appears that these drivers aren't veering too far away from the looks of the previous TS2 and TS3 from 2018.

It does, however, look as though the TSi3 has an external sliding weight track, which would mark the first time that such a sliding weight has been designed on a Titleist wood. The TSi2 driver appears to just have a single adjustable weight in the rear of the club.

"Love a new Titleist driver," said one golf fan on Instagram. "My TS2 is getting tired looking. Time for one of these when they launch."

We'll bring you more when we have it.