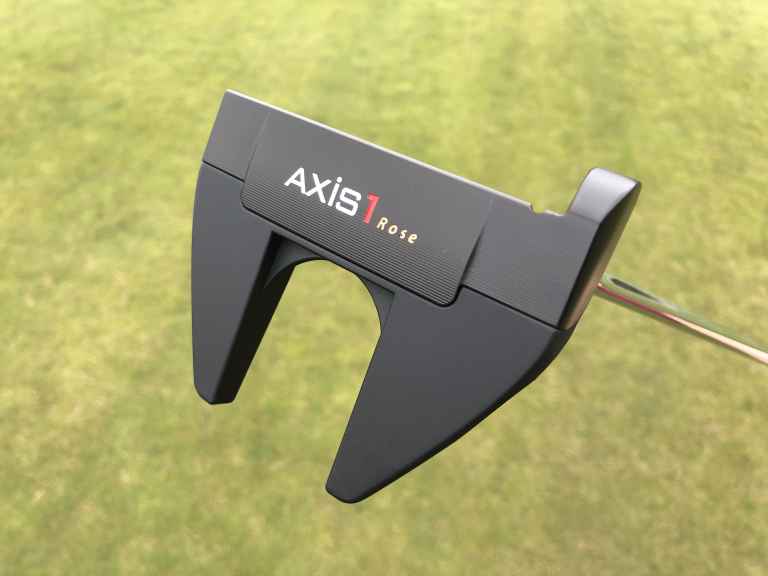 If there's one thing Justin Rose can do, it's putt. The man is a putting beast. Simply one of the best putters on the planet. Now, he might not have had the success he was looking for with his HONMA irons, but Rose's putting statistics since switching to the AXIS1 Rose putter have been utterly immense.

When Rose first started using the putter, many of us were left scratching our heads trying to work out what it was, as not many of us had heard of AXIS1 before.

Well AXIS1 putters are now available at retail across Europe, including the Rose model which is proving so successful in the hands of the former world number one, so we thought we'd put the putter to the test.

WATCH: What's in Justin Rose's bag at The Masters 2021
Justin Rose reveals his patience has been "tested" but he feels positive
This is the world's first perfectly balanced mallet putter, providing better accuracy and feel with Axis1 game-changing technology.

The half-mallet AXIS1 TOUR HM putter now available across Europe
FAVOURITE FIVE: The BEST mallet putters on the market
Axis1 putters are 100% perfectly balanced so they won't naturally open up during your putting stroke. This is achieved by pushing the weight forward with a patented heel counterweight. It places the CG position precisely on the centre of the putter face and aligns perfectly with the axis of the shaft. This innovation will help to improve your putting by keeping your stokes in line.
The putter has been engineered with a 355g, 303 stainless steel head, precision CNC milled with a ceramic bead blasted finish to provide beauty from every angle. It comes fitted with a Lamkin Deep-Etched traditional sized, paddle grip for enhanced feel and feedback response.

The way in which the neck connects to the face of the club is unlike anything we've ever seen or tested before.

The head of the putter itself is beautiful. It has a really sleek and clean look to it and the 'fang' shape design is one of the most popular mallet shapes amongst golfers.

The CNC milling looks fantastic and only adds to the elegance of the putter, but the big question was, how would it perform on the putting green?

Now as previously mentioned, the putter is extremely unique due to the heel positioning of the hosel, so when you first stand over the ball it feels a little uncomfortable to look at.

You almost feel as though the hosel is going to get in the way of the ball or obstruct your vision, but after just a few putts you can understand why Justin Rose has had so much success with this putter in his hands.

It's easily one of the most balanced mallet putters we have ever tested. The weight of the putter feels fantastic in the hands and it's one of the rare putter technologies that you can actually feel working.

At times it can be difficult to buy into putter technology as it's not about distance or speed, so you want to understand how certain technologies are improving your putting.

For example, the Odyssey Stroke Lab putters featured a technology that really wowed us in terms of feeling it work, as well as the TaylorMade Truss putters launched earlier this year, where you can feel the stability of the putter.

The AXIS1 Rose putter falls into that category. The putter feels balanced and smooth, making it feel difficult to open the clubface during your stroke, which means straighter putts, just what we all want.

After a few putts, you're used to the positioning of the hosel, so don't let that put you off this putter as the performance benefits will soon outweight your early assumptions.

With long putts, the AXIS1 Rose fills you with confidence due to the balance of the putter, while short putts felt smooth and simple.

It's a little on the pricey side, but there are plenty of premium putters out there on the market that cost the same, if not more and don't feature many benefits that will actually improve your stroke.

If you're in the market for a new putter, then we highly recommend you try out the AXIS1 Rose.