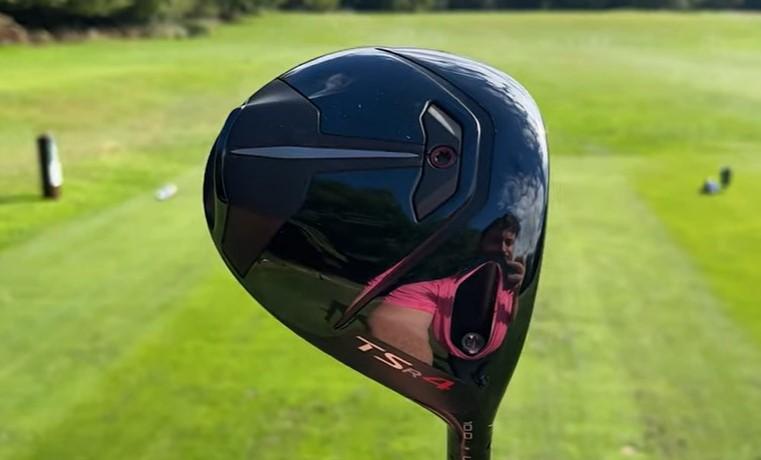 - The Titleist TSR4 driver offers a unique combination of low spin, high ball speeds and increased forgiveness.
- £529.00 will be too expensive for some golfers.
Our score:
Overall:
5
PRICE: £529.00 YEAR: from 2022

The new Titleist TSR release is one of the golf equipment highlights of the year. The TSR2, TSR3 and TSR4 big sticks are some of the best drivers in the game.

Titleist engineers placed greater emphasis on aerodynamics as being one of the most essential components of these drivers.

The TSR4 driver is an example of how Titleist has made vital improvements from the previous TSi models. This design shares similar features to the TSR2 model which instils consistent ball speeds across the face.

Take a look below at our Titleist TSR4 driver review done by GolfMagic Equipment Editor Alex Lodge. He assessed the performance of this club and informs us which golfers should be taking it off the rack.

What is the Titleist TSR4 driver all about?

The TSR4 has a new Multi-Plateau VFT Face. This is the same design as the TSR2 driver and this helps to produce consistent ball speeds across the face.

This third new model has two adjustable weights. The regular setting allows for less spin, but this can be adjusted. We found this driver to be extremely forgiving.

WATCH OUR TITLEIST TSR4 REVIEW BELOW

Which golfers should use the Titleist TSR4 driver?

As this driver produces low spin, it suits players who hit the ball long off the tee, or players who are looking for extra distance.

However, just because it produces less spin, this doesn't mean it can't suit mid-to-low handicappers. It is important to go through a custom fitting process.

When we tested this driver, we were satisfied with the club head speed, but we were most impressed with the ball speed. Alex hit the mark of 173 mph ball speed.

According to the data, Alex also achieved 1.48 in the smash factor. This suggests that Alex found the middle of the club face on numerous occasions and the driver promotes positive ball-striking.

We were mightily impressed with the ball speeds that we saw and this outlines the next step in Titleist's Speed Project. An improvement in ball speed is at the heart of the design.

We felt that across the face, the Titleist TSR4 driver was forgiving. This was slightly surprising because a low-spin design doesn't usually correlate with an abundance of forgiveness.

Despite hitting some drives out of the heel, Alex was impressed with the continued success of his tee shots. His dispersion didn't suffer and this shows how forgiving this driver is.

Much like the TSR2 and TSR3 models, the TSR4 has a very smart and formidable design. It has a sleek, black finish with limited commercial features. It has a simplistic look which is very striking on shop shelves.

The Titleist TSR4 driver will be on the minds of a lot of golfers because it is a low-spin model which produces longer tee shots. This driver suits confident players with low handicaps, but the forgiveness levels also suit mid-to-low handicappers too.

Despite this judgement, we found that the club was also forgiving and your results are unlikely to diminish if you miss the middle of the club face.

With the changeable weights and the promise of increased ball speeds as well, this driver will improve your long game and ball-striking.

However, we always like to assert that you must get custom fitted for your new driver. In this way, you can pick the Titleist driver that suits your game the most.