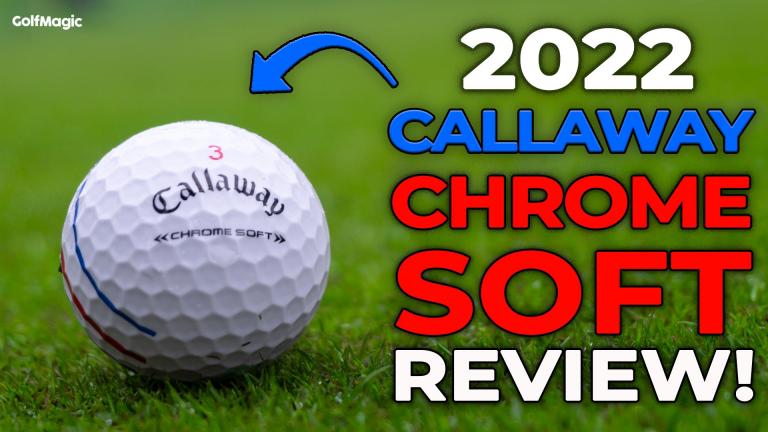 The Callaway Chrome Soft was one of GolfMagic's favourite balls of 2021 and the refinements of the new model have not disappointed.

The original ball is arguably more suited to amateur players, whereas the X ball is used by players such as Jon Rahm and Phil Mickelson.

The X LS ball is used by Xander Schauffele. This is a low spinning ball but it still offers a good amount of control around the greens.

The players requested that no major changes be made to the previous model as it was an impressive ball last season.

Callaway have x-rayed each ball to make sure that the core has been placed in the centre of the ball to avoid lopsided weighting.

The new balls come with a Hyper Elastic SoftFast Core which is said to increase ball speed by 0.5 to 0.75 mph. This difference will be most beneficial to tour players.

They also come with a new Tour Aero cover which is said to optimize the flight of the ball. These are small but important refinements for this new model.

The new Callaway balls are without doubt one of the best ball models on the market and you need to test them out in 2022.

The previous Callaway model is very similar as Alex states, however the refinements made for 2022 offer increased control around the greens and increased ball speeds.

NEXT PAGE: KEVIN NA MISSES CHANCE OF 59, BUT STILL LEADS SONY OPEN AFTER ROUND ONE