Kevin Na misses chance of 59, but still leads Sony Open after Round One

Kevin Na equalled his career-low score on the PGA Tour on day one in Hawaii, but he felt he missed a chance to join the 59 club. 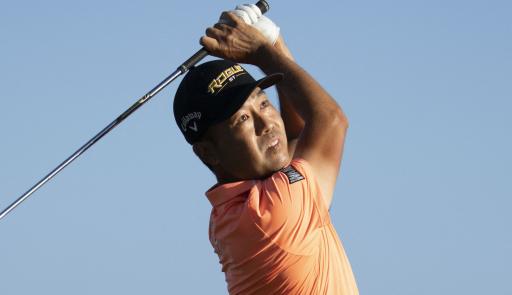 Kevin Na made the perfect start to his defence of the Sony Open with a 61 in the first round, but the American could've broken 60.

Na, 38, made four birdies in his opening six holes and he added a fantastic eagle at the par-5 9th hole. With an outgoing score of 29, a 59 was certainly on the cards.

The five-time PGA Tour winner only managed three birdies on the back nine, much to his disappointment, to settle for a round of 9-under-par. This is the fifth time he has shot this score.

Na leads by one shot ahead of veteran Jim Furyk and Russell Henley and he is two shots ahead of a group of five players on 7-under-par.

"I did everything well today and my iron play was amazing," Na said.

"And I tell you what, I had a chance for a 59. I gave it all I could. I’m a little disappointed my putts didn’t fall, some of the good putts that I hit didn’t fall. But it’s still a good round."

Na won this tournament in 2021 by one shot ahead of Chris Kirk and Joaquin Niemann. Much like the Sentry Tournament of Champions, it looks like we are set for another low scoring week in Hawaii.

The 51-year-old Furyk rolled back the years at Waialae Country Club on Thursday. He shot a 62 which included seven birdies and a fantastic hole-in-one at the par-3 17th hole.

An ace for the leader @SonyOpenHawaii! @JimFuryk makes the sixth hole-in-one of his career and first since 2011. pic.twitter.com/UX5aXi0tb2

Furyk, who has 17 PGA Tour victories to his name, won this event back in 1996 when it was named the United Airlines Hawaiian Open.

"Trying to get ready for this year and what do I look at this week? I want to be competitive," Furyk said.

"I want to compete and put myself in position, in the hunt, and also want to get a feel for where my game is and what I want to work on for the year."