GolfMagic heads down to Tee Box London to test and review the MAVRIK driver from Callaway. 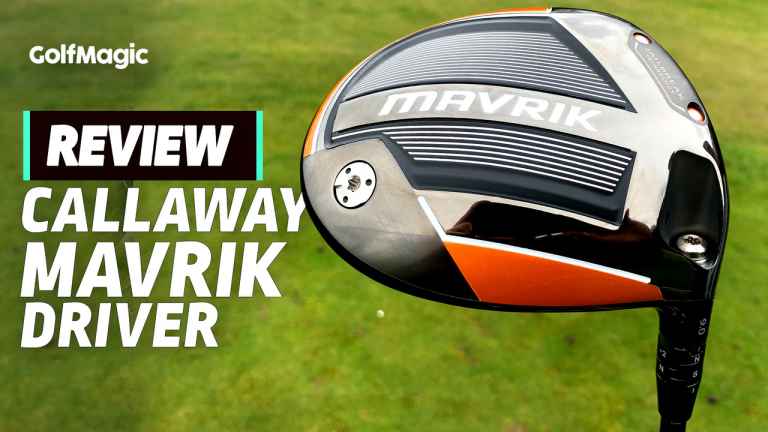 The new Callaway MAVRIK driver launched earlier this year and is already in the hands of many players on both the PGA and European Tour. By investing in a new and more powerful supercomputer, Callaway’s R&D team advanced its ability to use Artificial Intelligence (A.I.) and Machine Learning to design wide-ranging performance features and technologies that have been incorporated across the entire MAVRIK line.

With the current weather conditions in the UK, testing clubs outside is a bit of a challenge, given the high wind, rain fall and cold conditions, so we thought we'd mix things up a bit.

Tee Box is the latest indoor golf facility to hit London, found in the heart of the city in St Paul's, it's the perfect place to work on your game if you work in the country's capital.

We took the Callaway MAVRIK driver down to Tee Box where PGA Professional Scott Winyard put the driver to the test using a Trackman launch monitor. Watch the full review in the video below:

Callaway engineers didn’t limit A.I. to the clubface. For the first time they used it to create a new internal rib system designed to more efficiently control impact vibration to promote more satisfying sound and feel. Callaway Tour Staff pros who tested and provided feedback during the MAVRIK Driver development universally praised the sound and feel.

From a design perspective, the new MAVRIK head is quite nice to look at.
As a player that's played both the Rogue and the Epic Flash, I quite like this new design. If you look at the original Rogue from a few years ago, the MAVRIK head has progressed and is a little bit smaller in size and looks sleeker.
The MAVRIK has a nice clean look to it, I do prefer the blue on the Rogue to the new orange colour but I found out that with Callaway's custom design lab you can actually change that so to be honest that's not a massive issue.
I like the technology behind the clubface and it will really benefit those players who aren't always catching it out the middle as you're still going to get some good distance from the off-centre hits, while it will also help improve your accuracy, so you'll see less of those nasty ones to the right and some of the ones that stay left.
However when it does come out the middle it's really nice, feels very buttery and very soft and that's when you're going to get your best swing numbers and your best ball speeds.
From a data point of view, the MAVRIK performed very well on the Trackman. My clubhead speed was at 115mph which is roughly my average, combined with a ball speed of 172mph, putting my smash factor at 1.495, meaning I was pretty much getting everything I could out of the driver.
I was getting some really nice distance out of the MAVRIK with a 290 yard carry and a decent roll out too, due to the low spinning profile of the driver, which took my total distance to around 315 yards.

If you'd like to try out the Callaway MAVRIK driver or use the fantastic facilities at Tee Box London, check out their website: www.tee-box.co.uk