Garmin has left no stone unturned and has improved greatly on previous models with the G8. 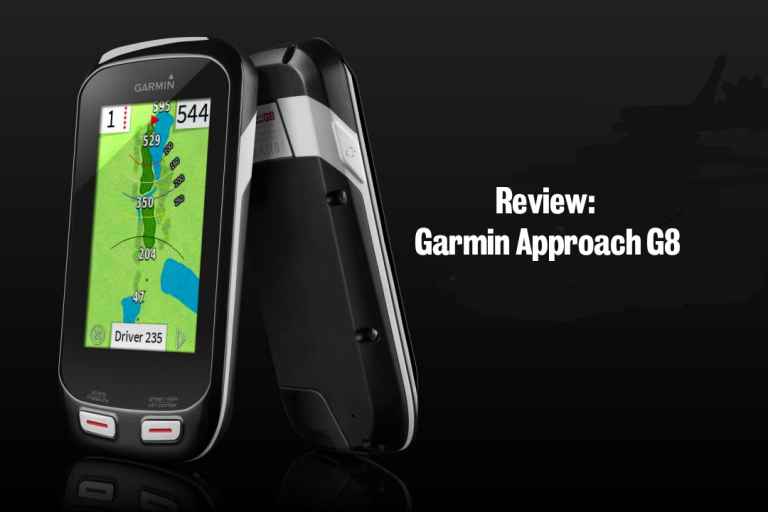 THE Garmin Approach G8 looks similar to the G6 and G7 but the company have added a host of extras which they have condensed into three buzz words:  Lighter, Sleeker, Smarter.

The first thing to mention and the number one reason to upgrade from previous models or rival brands is the PlaysLike Distance. This is an ingenious idea and will be particularly useful for the travelling golfer.

While you may know the exact yardage to a pin, if the hole is elevated or descends then players will need to adjust their club selection. The G8 puts an end to the guesswork and gives you how far the hole actually plays, to any point, when the gradient is taken into account and is the first GPS device to do this.

The next best thing is the Play Smarter feature which suggests which club selection. The device tracks how far you hit each club and then suggests which wrench to take out the bag and it’s remarkable how accurate it is – after two rounds it picked the correct club on every occasion.

I was also very impressed by PinPointer which shows the way to the green even if you can’t see it (happens to me quite a bit). Whether you’re in the woods or the hole has large undulations obscuring your view, whip out the G8 and it will point you in the right direction. Whether you can then hit in that direction is another matter.

For those of you who like to play percentage golf and layup (tut tut) there are colourful layup arcs at 100, 150 and 250. In conjunction to this, Garmin has upgraded the stats feature for those golfers who like to know exactly where their round flourished or floundered. Greens in regulation, fairways hit and putts per round can all be checked during play or printed off and bragged about post-round.

When approaching the dance floor, if you want to get a closer look of the green then you can make use of the aptly named Get on the Green feature.  This allows you to zero in on the pin with Green View and you can even drag the flag to the pin position that day, giving you an accurate yardage.

If you’re expecting an important call, are a workaholic, or just like to keep connected, then you won’t be let down by the Garmin G8. You can receive email, text and call alerts while playing and once done the fun really starts. Upload your stats to the online golf community and compare your games and track improvements.

The large 3-inch colour touch display presents all the information in a simple, effective manor which makes reading the information simple.  While you may need to leaf through the manual for 10 minutes before using the G8, it’s simple enough to get the hang of once you’ve used it a couple times – after all there are only two buttons and the touch screen shouldn't get the best of you!

The waterproof device is a good deal smaller than an Iphone 5 and is hardly any thicker so it can be pocketed easily. It has a chic, classy appearance and is easily attached to your bag and charged.

The battery life is estimated to be around 15 hours (I managed to play three rounds with one charge) and courses can be easily updated via Wi-Fi.

It comes with over 38,000 international courses uploaded and free updates for life but players should keep in mind that it breaks rule 14-3 and therefore cannot be used in competition  - we suggest you just get a caddy or walk the course with the G8!

If you find your course isn't on the device or there needs to be an amendment, Garmin has it covered and a quick note to the company via their website should see the issue rectified.

Garmin has left no stone unturned and has improved greatly on previous models with the G8.  It’s relatively easy to use and the information is exhibited in an efficient manner.

PlaysLike Distance, Play Smarter and PinPointer are the stand out features and makes the Garmin G8 a leader in the golf GPS market.