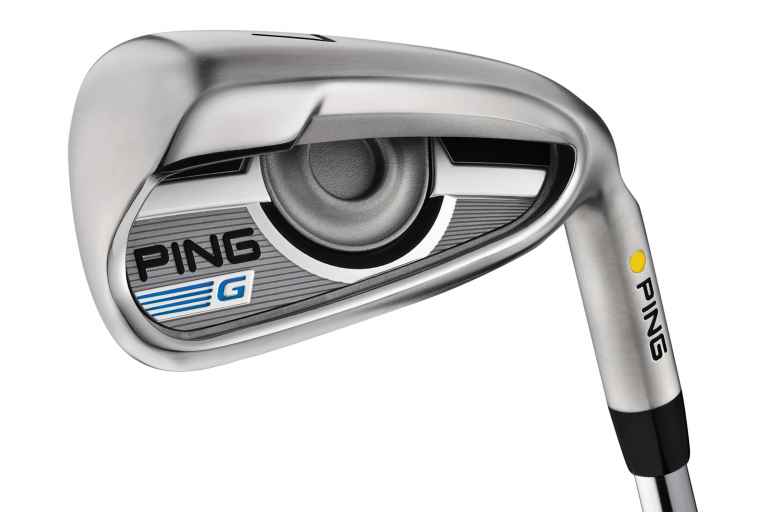 The PING G iron is so good, even single figure players will be tempted to bag it

Last year, PING excelled. Its range was incredibly popular with consumers, and continues to be. And therein lies the problem – how do you improve an exceptional product? Would PING be a victim of its own success this upcoming year?

At Centurion Club, we were able to cast our eye over the new game-improvement G iron, and saw first-hand why 2016 is shaping up to be another record-breaking season for PING.

The first thing you will notice about the G irons is they look different from past game improvement models from PING.

In fact, aesthetically they are likened more to PING i than G Max, which is to say they look more player iron than super game improvement iron.

They have a relatively thin top line, which is matched by a medium-sized sole. The weight in the back of the club – called the Concealed Custom Tuning Port – is hidden from view, helping give the iron a sleeker look.

Sat behind the ball, the irons look fantastic, through 4-iron to the wedges. There is an overall clean, modern feel to the aesthetic which will appeal to the masses, and those who have been put off by the look of past PING game-improvement irons.

Soft, crisp – superb. We couldn’t stop hitting balls such is the fantastic feel on offer from these irons, despite the cold, woeful weather which intruded upon our testing session.

Related Articles
Are they the PERFECT CLUBS? PING i230 Irons Review
Are the NEW 2023 PING Putters right for you? PING DS72 C Putter review

The irons provide lots of feedback to the golfer, which filled us with confidence, and it produces a satisfying 'clippy' sound at impact.

In terms of performance, PING has produced an iron that expertly blends forgiveness, distance and feel.

The Concealed Custom Tuning Port positions CG deeper and increases MOI, and you can tell. From all over the face, golfers will get a huge amount of help.

AWT (Ascending Weight Technology) in the steel shafts provides further support in the longer irons, while offering more control and accuracy in the shorter sticks. This is achieved by making longer iron shafts lighter, so they are easier to bring back to the starting position square to the target, while shorter irons have heavier shafts.

This also promotes a higher launch angle on longer irons, while it is slightly lower for shorter irons. Naturally, these irons are mid-launching when compared to other game improvers.

While we will have more shot data available in our 2016 game improvement iron test in February, we’re sure these are going to come out as one of the longer irons on market this year.

Off the face, they feel incredibly hot, and the ball fizzes off the bat. COR-Eye technology has been employed, which thins the face out by 32%. The result is a face that flexes four times as much as the G30 iron. PING says this increases ball speeds by 1.25 mph.

The PING G iron is so good, even single figure players will be tempted to bag it.

While £92 per iron (steel) is not exactly cheap when you consider a full set, you cannot put a price on this iron's looks, feel and performance. It boasts the feel of a player iron, the distance and forgiveness of a game improver, while the aesthetics are some of the best in its class.

Whatever your handicap, we recommend you give the new G iron closer look. You'll likely not be disappointed.