GolfMagic tests and reviews the new ST200 and ST200G drivers from Mizuno. 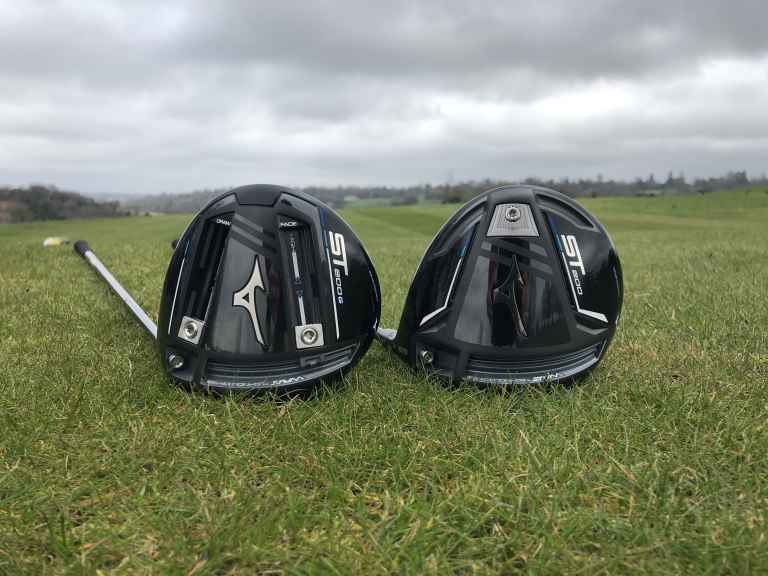 When it comes to irons, Mizuno as a brand is very tough to beat, but over the last few years the Japanese manufacturers has stepped up its driver game big time.

Last year, the ST900 drivers took the market by storm, offering golfers a high-quality driver that delivers top performance at an affordable price.

Developing on that success, Mizuno launched the ST200 drivers this year and we recently put both the ST200 and ST200G drivers to the test.

The ST200 Series of metal woods has been created through a collaboration between Mizuno’s Japanese and US R&D teams, the first in the brand’s history of metal wood design, to capitalize on the momentum achieved through the Award and Tour-winning ST190 Series.

The new ST200 has enjoyed fast adoption by contracted and uncontracted Tour players from across the globe. After some early testing at the ZOZO Championship in Japan in November 2019, the first ST200 driver went into play at Sea Island for the PGA Tour’s RSM Classic by an uncontracted player. While JLPGA Tour Player, Erica Hara, was the first to put the ST200X in her bag for tournament play at the Daio Paper Elleair Ladies in Matsuyama, Ehime, Japan.
The ST200 Series offers a choice of three different head designs in the driver, each with a Beta rich Titanium face and each offering a different ball flight.

Delivering both low spin and significant forgiveness, the ST200 is a high-stability driver for players seeking straight line distance and predictability. Built around a resilient Beta rich forged Titanium face that precisely reaches current tournament regulations and maintains its characteristics over time, the driver is sound engineered for enhanced feedback and control.

A multi thickness, forged SAT Beta 2041 Ti face is incredibly responsive while being 17% stronger and maintaining performance for longer, compared to traditional 6-4 Titanium.

The head shape of the ST200 has been refined by Yoro craftsmen in response to special tour requests, meaning a flatter crown and slightly flatter lie angle that will appeal to better players. Meanwhile, a collection of structural refinements help deliver a more TOUR READY, tour-preferred, solid sound at impact.

The ST200G has been designed for high swing speed efficiency. It’s even faster from the club face than its predecessor, more reliable on miss-hits, and offers spin rates adjustable from mid to ultra-low.

The ST200G shares many of the same features and benefits as the ST200 in terms of a 17% stronger SAT Beta 2041 Ti face, a TOUR READY shape and pure sound at impact, but has also been engineered for ultimate adjustability via the intuitive FAST TRACK system. Thanks to twin 7g weights on longer external tracks, the ST200G offers even more effective weight movement, allowing mid/low to ultra-low spin positions.

Both the Mizuno ST200 and ST200G produced some very surprising results in terms of distance and were only slightly shy of the numbers we got with the TaylorMade SIM and Cobra SPEEDZONE.

In terms of aesthetics, the new Mizuno ST200 drivers are simple, yet classy, something that can get lost in the modern era of drivers, with so much focus being put into making them stand out, the ST200 and ST200G are a gentle reminder that sometimes, less is more.

At address, the drivers have a classic look to them, although personally I prefer a less shiny finish, something that won't glare too much in the sun.

If you're looking for faster ball speeds and place a premium on adjustability and shot-shaping, then the ST200G is a fantastic option. The two sliding weights mean you can adjust the driver to suit your preferred shot shape and alter the amount of spin the driver will produce.

The ST200G was long and fast, something that better players look for in a driver, but if you want a slightly more forgiving driver than the ST200 could suit you.

The ST200 was still long in distance, not quite as long as the ST200G but you certainly wouldn't be disappointed, especially with the high level of forgiveness it offers.

In terms of sound, I think this is an element that Mizuno is still yet to master when it comes to drivers. Lots of other brands have worked on the sound their drivers create over a number of years and you only have to look at the TaylorMade drivers to see how that can be perfected.

Some people may like the sound of the ST200 drivers, it's a personal preferance of course, but I just found them to be a little too tinny for my liking, but that's the only negative I can find.