Alex assessed the performance of the brand new Evnroll Zero putter which is packed with technology to increase the consistency of your putting stroke. 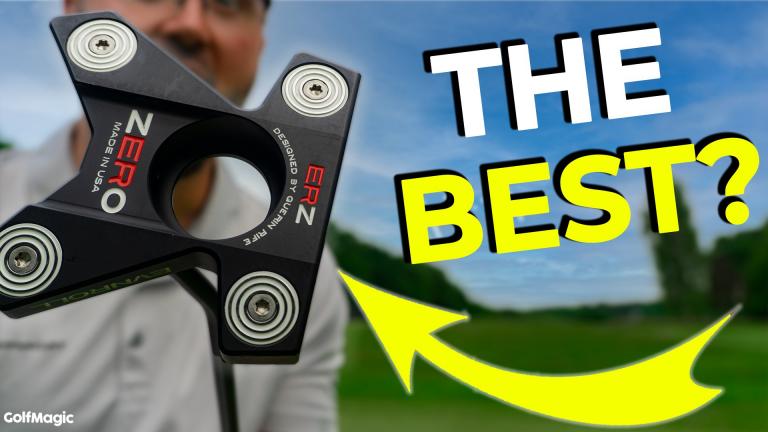 - The Evnroll Zero putter is packed with Face Forward and Sweetface technology to help your putting consistency.
- £449.00 could be too expensive for some golfers looking for cheaper putter options.
Our score:
Overall:
5
PRICE: £449.00 YEAR: from 2022

Alex is a golfer who changes putter a lot, but recently, he has found success with the Evnroll Zero putter and we are going to explain why and how.

This putter may not have an attractive design, but it is a brand new product by Evnroll which features five key technology pieces that lock the face to your target line.

Wherever you are aiming, the Evnroll Zero putter (£449.00) will help you to stop pulling and pushing your putts. It is an unorthodox club, but there is a method behind it.

There are four pieces of weighting in each corner of the clubhead which optimise the MOI and the perimeter weighting. This means that wherever you hit it across the clubface, it will go as straight as possible.

The hole in the middle can be used to pick up your ball, but it is also used to decrease the weight in the middle of the clubhead to add to the perimeter weighting. We have seen this before in putters from the likes of Cobra.

The Face Forward Tech is the most obvious feature added by Evnroll here. The face is very far in front of the shaft and this creates a shaft lean that you don't need to do yourself.

This isn't new as brands such as Odyssey have used this method before. You will need to spend time with the Evnroll Zero putter and gain its trust.

There is also the gravity grip at the top of the club which is said to be extremely useful and has received good reviews for its practicality. Alex felt it was strong, but not different to other grips that he has used.

Evnroll has installed Sweetface technology in the grooves of the clubface. This refers to the width of the grooves. The grooves are different from the centre of the club to the toe and the heel and this helps to improve the roll.

Alex believes he found a true roll when using his new putter. After a few weeks, he has found consistency with his putting and is particularly confident with long-range putts.

The Evnrol Zero putter is heavy and this helps you keep a steady stroke. This will help with short-range putts and it helps your putter go back and forwards in a straight line.

Next Page: WATCH: MJ Daffue hits shot off carpet in concession stand at US Open