Does this driving hybrid reflect Adams 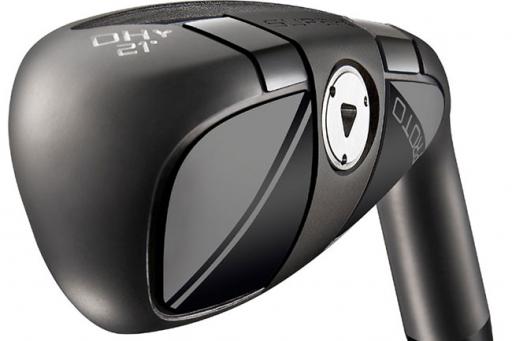 By popular demand from a number of Tour pros and amateurs alike, driving hybrids and irons have become all the rage in recent years.

Why? Because players have been seeking a club with the length and versatility of a hybrid, yet with the flight of an iron.

With the introduction of the Adams Super Driving Hybrid (DHy) driving iron this month, the brand associated with the No.1 hybrid on the PGA Tour, has quite literally come to the rescue.

Suited for the low-to-mid handicapper, this driving hybrid merges the extra distance and forgiveness of a hybrid alongside the shot-shaping control and workability of a long iron.

On first apperance, the DHy - tested as a 21-degree version - is shaped somewhat similarly to a muscleback iron but contains the highly popular Velocity Slot Technology (VST). For those unfamiliar with this remarkable piece of golfing technology, it's a slot cut into the sole to give the face more flex and generate faster ball speed.

VST works wonders for in the DHy (just as it's done in the new Adams Super S and LS woods line) as it presented me with much higher ball flight than I could ever have imagined with my 3-iron. This effect is enhanced by the club's ultra-thin, maraging steel face.

I also achieved a more penetrating ball flight given the DHy's centre of gravity is positioned slightly lower than an iron, but higher than a fairway wood.

In addition, the DHy features bulge and roll face technology - not found in any other utility club - and that undoubtedly improved my forgiveness and shot dispersion. I also found this club was great at keeping the ball down in the wind, especially when I was recently out at Royal Lytham & St Annes.

According to Adams, this driving hybrid was originally meant to be splashed in white - like the Super S and LS line, but designers quickly realised the white area pulled the golfer's eye to the back of the club because the head is so small.

The shaft, however, is very white. And although a little off-putting at first - with the uneven contrast between white shaft and darkened clubhead - I quickly got used to it. Golf is no fashion show, after all.

Subsequent versions were all made black and there was no going back. Eventually, the hitting area was made silver (like an iron) and the heel, toe and back sections were kept black to make it easier to align the face and score lines to the target.

The new Adams Super DHy is a perfect addition to the low-to-mid handicapper's bag, not just because it's so much easier to hit than a long iron but because it also bridges that important yardage gap. It certainly does for my game, anyway.

I strike a 4-iron around 190 yards and hybrid close to 215. I therefore have a 25-yard gap to fill, given I have hidden my 3-iron somewhere in the back of the wardrobe. The DHy fills the gap nicely. With an average of 20 shots on the range, balls were running out to 207 yards, carrying around the 190 mark, and my average offline distance for those shots was approximately eight yards. Pleasing.

The Super Idea DHy comes standard with a Matrix White Tie 8H3 shaft and is available in 18-, 21, 24- and 27-degree, but custom shaft options are available. The weight plug on the back of the club is not meant to be adjusted by golfers but is designed to allow club fitters to change the swing weight.

If you're looking for a club to fill the yardage gap in your bag and replace that tricky longer iron, you'll do little wrong acquainting yourself with the new Adams Super DHy.

Click here for Adams Super DHy owner reviews. Got any questions about the DHy? Let us know below.