It certainly feels as if Billy Horschel did enough to get a form of acknowledgement from the US Ryder Cup captain Steve Stricker. 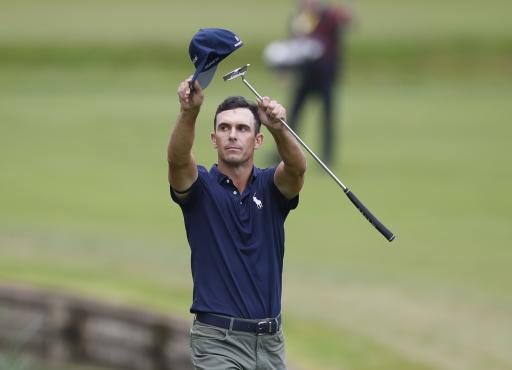 BMW PGA Championship winner Billy Horschel has admitted even though he wasn't consistent enough to earn an automatic spot at the Ryder Cup, he was "ticked off" to not receive a "thanks but no thanks" phone call from Steve Stricker.

This is after Stricker reportedly phoned those who missed out on the side where the captain explained his reasoning for their omissions - a group that included Patrick Reed.

Reed was reportedly apologised to several times by Stricker, but Horschel's phone apparently didn't even buzz with a message saying unfortunately he didn't make the cut, despite playing pretty solid but unspectacular golf over the last 12 months.

He's missed one cut on the PGA Tour and was in the mix at the FedEx Cup playoffs at East Lake, though the train never really left the station with regards to him launching a bid for victory, as he fell by the wayside in the final round.

RELATED: THE BEST NIKE GOLF JUMPERS AND JACKETS AHEAD OF THE RYDER CUP

“Listen, I didn't play well enough to make enough points to be an automatic qualifier,” Horschel, 34, told media at Wentworth. “I didn't play consistent enough over the last few months to really give myself a great chance to be picked.”

Horschel explained there was a little bit of added motivation after the apparent snub, adding: "I thought I was going to get a phone call. Didn't think it was going to be a phone call that said I made the team.

"But it was a phone call saying, ‘Hey, you had a great year, obviously we talked, but we're going to go in a different direction.’ I didn't get that phone call. I was a little upset.

"I was a little ticked. Gave me a little bit of fire in my butt or my arse, to be nice to really not show anything, but you know, just gave me a little fire, not that I needed it.”

NEXT PAGE: DJ HAS HIS BEARD BACK FOR THE RYDER CUP