If Brooks Koepka was to withdraw from the Ryder Cup, could Billy Horschel leapfrog Patrick Reed into US captain Steve Stricker's mind? 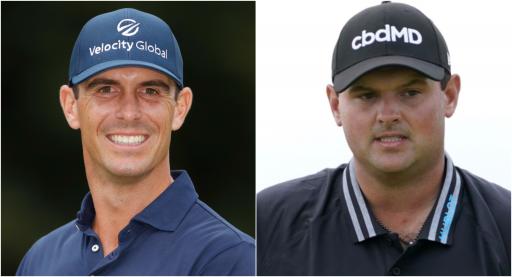 The US and European Ryder Cup teams are now locked in and ready to go to battle at Whistling Straits, or are they?

Despite US captain Steve Stricker completing his team with his six wildcard selections, he fielded questions on the possibility that Brooks Koepka could withdraw with a wrist injury.

Koepka withdrew from the Tour Championship after sustaining an unexpected injury and he now faces a race against time to prove his fitness to Stricker and Team USA.

This begs the question: Who would take his place? Billy Horschel is not in the team and he finished 17th in the US Ryder Cup points standings.

However, he has just won the BMW PGA Championship at Wentworth which adds to his win at the Dell Technologies Match Play earlier in the 2021 season.

He also finished very respectably in tied 9th at the Tour Championship, so would it be inconceivable for him to be selected if Koepka did have to withdraw?

Definitely not. However, after Stricker chose his wildcard players, he revealed that he lost sleep about leaving out Patrick Reed and it was a very difficult phone call to make to the 2018 Masters champion.

Reed managed to complete 72 holes at the Tour Championship after overcoming a case of double pneumonia in hospital, which could have proved to be fatal.

Stricker showed clear affection and fondness for Reed in his captain's picks press conference and to be fair, this is a testament to the 31-year-old's Ryder Cup record.

'Captain America' has a record of 7-3-2 in his three appearances for Team USA. We are also well aware that he is capable of rallying the troops and riling the crowd to work in his team's favour.

Horschel has shown immediate form and has thrown down a huge statement, but if Koepka was to withdraw, I think Stricker would look to Reed.

You could also argue that there are other players ahead of Horschel in the queue. Webb Simpson is an extremely experienced major champion and Jason Kokrak and Sam Burns have three wins between them this season.

This may all be redundant, but although Horschel has won the European Tour's flagship event just weeks before the Ryder Cup, I don't think it would be enough to get the nod.

NEXT PAGE: RYDER CUP: WHY IT IS A DISGRACE THAT PADRAIG HARRINGTON LEFT OUT JUSTIN ROSE