Graeme McDowell took over caddying duties for Ian Poulter while his regular caddie was working at Whistling Straits. 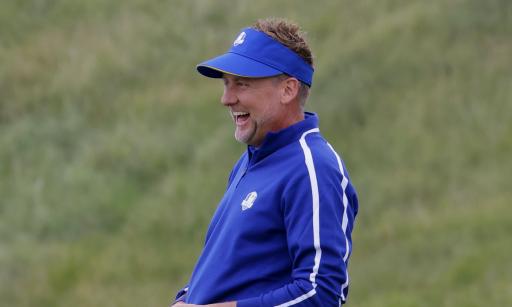 The European side is a cohesive group full of experienced figures and big personalities and this has shown so far in Ryder Cup week.

The players shared a joke at the official photoshoot in Wisconsin and during their practice sessions on the driving range and on the course, they have shared jokes and had fun.

Ian Poulter, who is expected to be Team Europe's talisman yet again in 2021, has been one to provide the relaxing and entertaining atmosphere so far this week.

However, the 45-year-old was short of a caddie after his regular carrier Terry Mundy was out on the course, studying the terrains and gathering important notes.

So Poulter needed someone to step in for him and deputise while Terry was studying, and who better to cover is there than European Ryder Cup hero Graeme McDowell.

The Northern Irishman is one of Padraig Harrington's vice-captains this week and he provides a lot of experience and knowledge to the blue side.

The 2010 US Open champion has played in four Ryder Cups as a player and he has been on the winning side on three occasions, including when he beat Hunter Mahan in the decisive match at Celtic Manor in 2010.

McDowell was on hand to continue Poulter's preparations for the start of the event on Friday and he volunteered to carry The Postman's bag, calling himself "one expensive caddie."

McDowell and Poulter were paired together by captain Sir Nick Faldo at the 2008 Ryder when they beat Kenny Perry and Jim Furyk in Saturday afternoon fourballs.