Have Dustin Johnson and Paulina Gretzky dropped wedding hint ahead of Ryder Cup?

Dustin Johnson and Paulina Gretzky have revealed a venue for their wedding, but the date has not yet been made public. 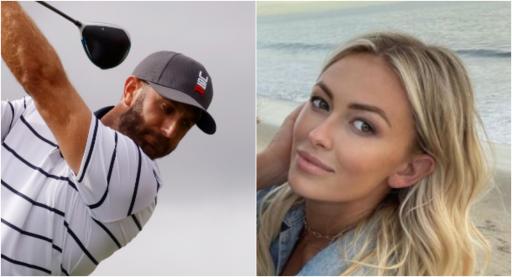 Dustin Johnson is preparing for his fifth appearance at the Ryder Cup and he is a key part of Team USA's strong armoury this week.

Johnson is one of six major champions on US captain Steve Stricker's side and he is the highest-ranked American player at number two in the world.

The 37-year-old finished eighth at the Tour Championship and as well as 24 wins on the PGA Tour, he brings good form to the American side at Whistling Straits.

Through the majority of his professional career, Johnson has been supported by his fiancé Paulina Gretzky, who is the daughter of NHL legend Wayne Gretzky.

Paulina and Johnson have been engaged since 2013 and due to his busy schedule on the PGA Tour, it has taken until 2021 for the pair to name a date and a place for their big day.

Earlier this year, Paulina revealed that they are to get married at Blackberry Farm, a five-star resort in Walland, Tennessee, which has an attractive brewery and other great features.

The actress, singer and model posted a picture on her Instagram page, where she has one million followers, of her and Johnson at a venue with white decorations around the tables.

It is not clear as to whether this is a shot taken from their future wedding venue and it is still unclear as to when it is taking place.

However, this could be a clue that the much-anticipated wedding is fast approaching. Who knows, could their big day be a double celebration for their marriage and a win for the United States at the Ryder Cup?

NEXT PAGE: RYDER CUP: MEET THE WIVES AND GIRLFRIENDS OF TEAM EUROPE