Graeme McDowell compared the conditions at Whistling Straits to the elements of The Open Championship. 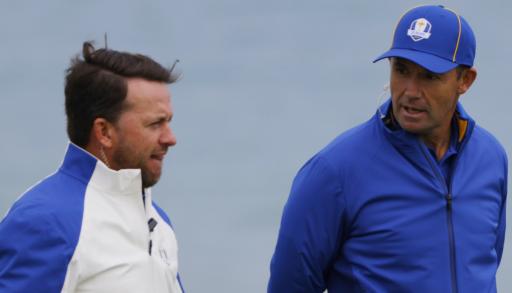 Graeme McDowell has said Team USA may regret choosing Whistling Straits as a Ryder Cup venue because it mirrors the conditions found at European major venues.

Whistling Straits has hosted the PGA Championship on three occasions. Vijay Singh won the tournament there in 2004 and Martin Kaymer won his first major title in Wisconsin in 2010.

Jason Day won the USPGA at the venue in 2015 and Brad Bryant also won the US Senior Open at Whistling Straits in 2007.

The Straits Course is based on the edge of Lake Michigan and it very much mirrors the links-style of golf course that you can find in England and in Scotland.

From the long rough and vast presence of bunkers to the dry and undulating fairways, Whistling Straits does look like a venue that could host The Open Championship.

Crazy windy practice day here at #WhistlingStraits. Will be interesting at end of the week if there’s any regret about playing this American @rydercup in Scotland…wait…what? You know what I mean... Feels like @TheOpen out there. Love it for @RyderCupEurope

On his Twitter account, vice-captain McDowell has questioned whether the United States will regret choosing this course as their home Ryder Cup venue, suggesting that European players perform better on links courses.

The wind has been up in Wisconsin and the conditions have clearly been difficult in the practice sessions in Ryder Cup week, which McDowell clearly believes will play into his team's hands.

The American side is very strong this year with nine of the top 11 players in the world coming from the other side of the pond, not to mention they have six major champions.

McDowell may think that a links course and windy conditions could favour Team Europe, but in the last 12 renewals of The Open Championship, an American has either won it or finished second on nine occasions.

Ryder Cup's are often played at soft and vulnerable golf courses where birdies and eagles are found around every corner, so could Whistling Straits provide a unique challenge in 2021?