The TOP FIVE Ryder Cup venues you can play with your friends!

Many venues have been made iconic as a result of hosting the Ryder Cup, so why don't you and your friends book yourselves in? 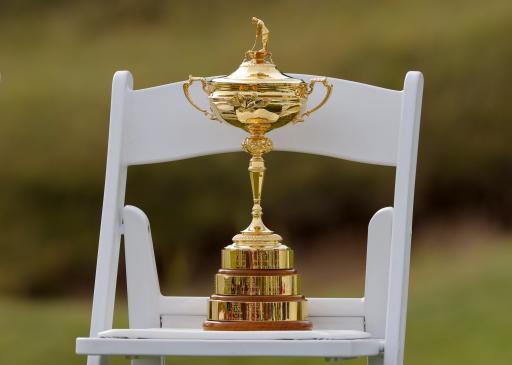 Whistling Straits is the latest golf course and venue lucky enough to host the Ryder Cup and there have been some fantastic sites down the years that have now become iconic.

Brookline Country Club, Medinah Country Club and Kiawah Island are examples of American venues that have etched their names into the history of the tournament.

When Justin Leonard holed his long putt against Jose Maria Olazabal in 1999, it caused jubilant and controversial celebrations and the event was dubbed the 'Battle of Brookline'.

In 2012, Europe completed the best comeback in Ryder Cup history at Medinah when Martin Kaymer holed a nerveless putt to beat Steve Stricker.

Kiawah Island produced the 'War on the Shore' in 1991. In a match that was plagued by crowd hostility, Bernhard Langer, unfortunately, lost to Hale Irwin which was the clinching point for the USA.

There are many venues that have proven to bring great memories for European golf fans and below are the top five Ryder Cup venues for you and your friends to visit.

The Belfry has played host to the Ryder Cup on four occasions. The last one came in 2002, when the tournament was delayed as a result of the 9/11 attacks.

Paul McGinley holed the decisive putt on the 18th hole to halve his match with Jim Furyk, which led to a 15.5-12.5 win over Team USA.

Currently, you can play two rounds at The Belfry and stay for two nights for £229.00.

The K Club is one of the most iconic venues in European Ryder Cup history. It was an incredibly emotional week for Darren Clarke in 2006, whose wife Heather had died of cancer shortly before the tournament.

Clarke overcame his personal tragedy to win three points for Europe and contributed to a resounding 18.5 - 9.5 win.

The K Club is currently offering a three-night stay and two rounds of golf from €310.00 per night.

Valderrama will always hold a place in the hearts of European golf fans as in 1997, Seve Ballesteros captained his side to a narrow victory.

It was Seve's first and only captain appearance and he was everywhere. Colin Montgomerie halved the final match with Scott Hoch to seal the outright victory.

Celtic Manor was used for the 2010 Ryder Cup when Colin Montgomerie captained the European side to a tense and dramatic win that carried over on Monday due to bad weather.

When the Ryder Cup returned to Gleneagles in 2014, it was an extremely comfortable victory for Paul McGinley's European side.

Jamie Donaldson beat Keegan Bradley to secure the winning point for the men in blue, but this was the Welshman's only appearance at the Ryder Cup in his career so far.

Currently, you can play the King's Course at Gleneagles from £225.00.

NEXT PAGE: THE BEST PETER MILLAR GOLF TROUSERS BEFORE THE RYDER CUP!