Henrik Stenson will lead Team Europe at Marco Simone Golf and Country Club in Italy after an official announcement on Tuesday afternoon. 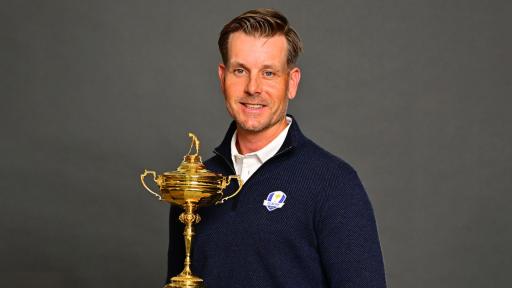 Henrik Stenson was announced as the official Ryder Cup captain for Team Europe for the 44th Ryder Cup in Italy on Tuesday.

In an official announcement on Tuesday afternoon, Stenson was confirmed as the leader of the European team which will look to reverse a record-breaking defeat suffered at Whistling Straits in 2021.

The former Open champion has competed at five Ryder Cups for the continent and has tasted victory on three occasions.

The super Swede won the decisive point at The K Club in 2006 against Vaughn Taylor of America to help Europe retain the trophy they won two years before.

The 45-year-old has a record of 10-7-2 at the famous event and he formed a formidable partnership with Englishman Justin Rose along the way.

Stenson has been chosen out of a shortlist which included Luke Donald, who was a leading contender for selection, Paul Lawrie and Robert Karlsson.

Stenson was part of Padraig Harrington's staff as a vice-captain in September 2021 when Europe was crushed 19-9 by America in what was a record scoreline in the Ryder Cup.

This was his first stint as vice-captain for Team Europe and he will bring a wealth of knowledge and experience to his role in Italy next year.

As well as being a major champion, Stenson is a six-time winner on the PGA Tour, a former FedEx Cup champion and a former World No.2 golfer.

He has also won the Race to Dubai twice on the DP World Tour and he has been one of the highest performing European players of the last 20 years.

Next Page: Paul Casey PUNISHED for "best drive all day" at Players Championship